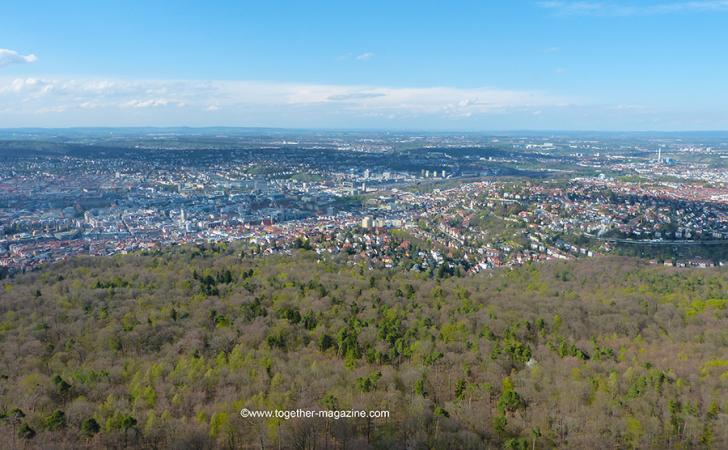 Civilization in the Stuttgart region can be backtracked for over 3,000 years. One of the suburbs of Stuttgart, called Weilimdorf, used to be home to a Keltic keep that was dated back to the Hallstatt area around 800 to 450 B.C.. Around the year 90 A.D., Cannstatt was part of the Roman Empire and housed a large Roman fort with about 500 soldiers living and working there. The city of Stuttgart itself was founded around 945 A.D. as a horse farm. Stuttgart was officially declared a city in 1229 and around 1292 a moated castle was built on the grounds of today’s Old Castle. The city grew slowly, and by the end of the 18th century, it only had about 20,000 citizens. That changed quickly when Stuttgart became the capital of the newly founded kingdom of Wuertemberg in 1806. With the beginning of the Industrial Age, Stuttgart grew larger and larger. By 1874 Stuttgart reached a population of 100,000, and by 1901 it had doubled and reached 200,000 citizens. Today you may recognize well-known, global companies such as Daimler Benz, Porsche and Bosch that all originated in Stuttgart. 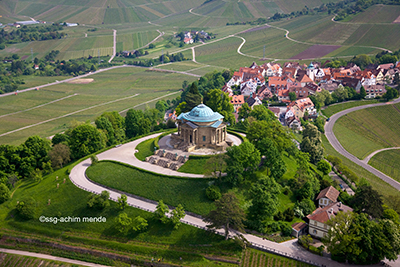 The Stuttgart city-center is located in the middle of a valley surrounded by vineyards and forests. The Neckar River runs through the city starting in the south-eastern districts of Hedelfingen, Obertuerkheim and Esslingen am Neckar and leaves the city in the north-eastern district of Muehlhausen. The Neckar lock Hofen is located there, at the lowest point of Stuttgart (207 meters above sea level). The two noticeable “mountains” in the area are the Wuertemberg (411m) with the burial chapel above the Neckar valley and the Birkenkopf (511m). The Birkenkopf Mountain actually grew by over 40m in elevation in the 50’s, because over 1,500,000 cubic meters of debris from the Second World War were dumped there. To this day you can recognize house remnants up on the top of the mountain. Here is a memorial Plaque up there that reads “Dieser Berg nach dem Zweiten Weltkrieg aufgetürmt aus den Trümmern der Stadt steht den Opfern zum Gedächtnis - den Lebenden zur Mahnung.“- This mountain raised after the Second World War out of the rubble of the city shall stand as a reminder of the victims and a warning to the living. In the summer months, the church hosts prayers up at the summit cross.

The burial chapel up on the 411m high Wuertemberg Mountain is one of the most popular day trip destinations of the people of Stuttgart. It offers a spectacular view of the state capital from the upper Neckar valley. The chapel was built between 1820 and 1824 to commemorate the deaths of Queen Katharina and King Wilhelm. The originally existing castle was demolished to make room for the mausoleum. 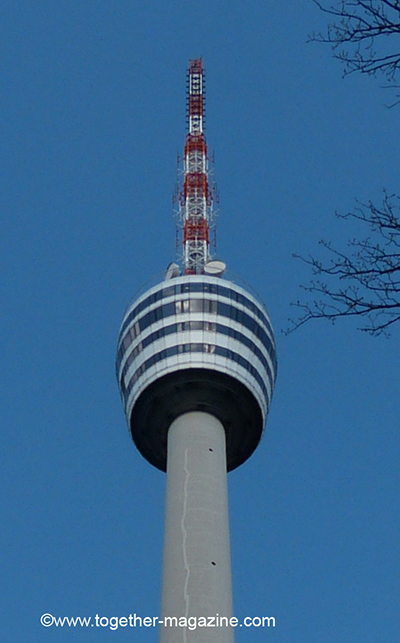 Another location to view the city from above is the Stuttgart TV tower. The Stuttgart TV Tower started its service in 1956. It was the first of its kind, and it has since been an example for other towers which have been built worldwide. During its construction period, the Stuttgart TV Tower Project was controversial amongst the citizens of Stuttgart. Meanwhile, the 217 meter (711 ft.) high tower, which is considered an architectural masterpiece, is the landmark of Stuttgart. After getting your tickets in the refurbished entrance area (7€ for adults, free for children up to 5 years, 4€ for children from 6 to 15 years), the elevator takes you to the first viewing platform at 150 meters (492 ft.) within 30 seconds. The tower basket consists of four floors. The lowest floor is at 138 meters. Until 1974, the transmitter for Stuttgart TV was built in there. Nowadays, it is used for the tower’s building services, several installations for mobile phones and transmitters for the police. The upper floors are used for events and there is a café in one of them, too. On top of the café, there are two viewing platforms. The first one is at 150 meters; the second one is three meters higher and was built especially for children because the railing of the first one is too high. From the café and the viewing platforms, you have an exceptionally spectacular view over Stuttgart and its surrounding areas. If the weather is good, you have a view of about 120 kilometers (75 miles).

Looking down from above, you may notice the many green areas, woods, vineyards, parks and gardens. The castle gardens begin at the lake in front of the opera house, right next to the castle court at the new castle. It spreads over several kilometers across the Rose Stone Park and the Wilhelma, the Stuttgart botanical gardens and zoo, to the Neckar River.

Why not take the time and enjoy a beautiful day by taking a stroll through the gardens, starting at the Castle court and through the castle gardens – refresh yourself at one of the beer gardens or cafes around the lake and end the day with a visit at Castle Rosenstein and the Museum for Natural Science at the Museum am Loewentor. The dinosaurs will be expecting you! You could also take a walk across one of the Neckar bridges and admire the old historic houses in Cannstatt and then the Cannstatt Kurpark. The Gottlieb Daimler Memorial is located behind the Kursaal. In 1882, Gottlieb Daimler transformed his garden house that he had on his villas property into a workshop and invented the first fast running four-stroke engine there. After Daimler and his engineering coworker Maybach developed a smaller running engine, they added it into a modified horse carriage, and the first car was born. Today you can still visit the nearly original workshop as it was in 1882. 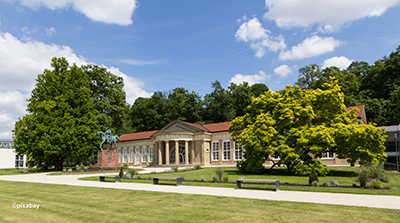 The Stuttgart city tour is another exciting option to discover the city of Stuttgart. You can visit the most popular tourist destinations in red Double-decker busses that run on two different routes. It stops along different attractions, so you can hop on and off at any time. Start of the bus tours is the Stuttgart tourist information across from the train station (https://www.stuttgart-tourist.de/en/stuttgart-citytour).

For rainy days I would suggest visiting one of the many museums. The Wuerttembergische Landesmuseum in the old castle, the Daimler Benz Museum, the Porsche Museum, the Museum of Natural Science…just to name a few….

Stuttgart is also famous for its fests. Not only is there the Volksfest, the second largest in the world after Munich, there is the Stuttgart Weindorf fest, the Hamburg Fishmarket, the Henkersfest, and the Bohnenviertelfest, to name just a view. The weekends during the summer months are almost all busy with some sort of celebration – you’re welcome. 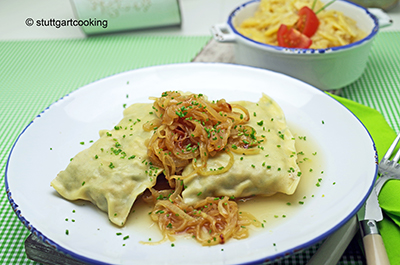 Another thing you have to try is the cuisine in this southern area of Germany; it is to die for, like Maultaschen or Spaetzle for example. While the rest of the country may serve potatoes or French fries, here we serve Spaetzle (egg noodles). The Swabian people love a proper Schnitzel with Spaetzle topped with a gracious amount of gravy.

I am convinced that you will love Stuttgart and its surrounding areas – there is so much to discover and see. It is also perfect for day trips. 2 hours to Munich, 2 hours to Switzerland, 1 hour to France and in about 5 hours you are in Italy or Prague – so much which is so close.