The Maginot Line in Lembach 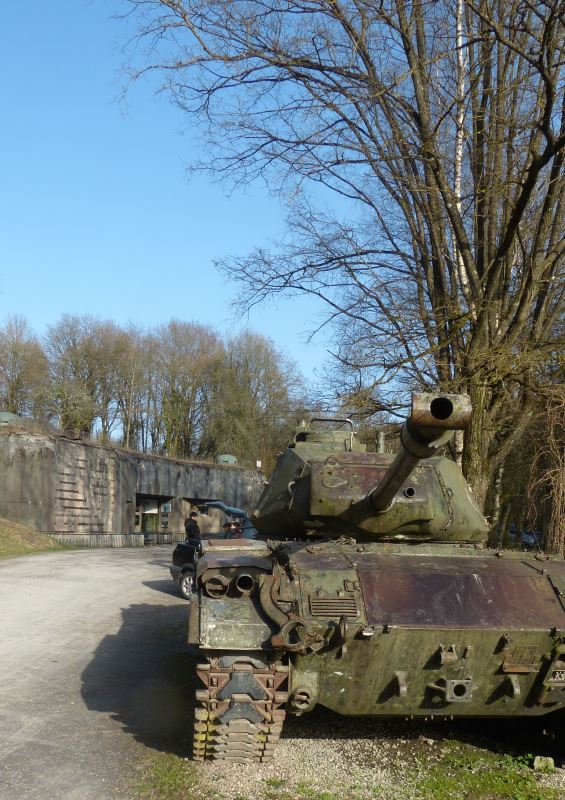 Two hours from Stuttgart or one and a half hours from Kaiserslautern - located in the French Lembach - is the fortress "Four a chaux" - lime kiln of the Maginot line. It got its name from the formerly located lime kiln in the neighborhood.

The Maginot Line extends over a distance of more than 500 miles on the French border. The construction began during the 1930s world economic crisis and lasted until 1940. It was also planned as a job creation program for the French state as there were many unemployed people who found employment that way. Up to 20,000 workers were involved in the construction of the Maginot Line, about 800 with the fortress in Lembach. 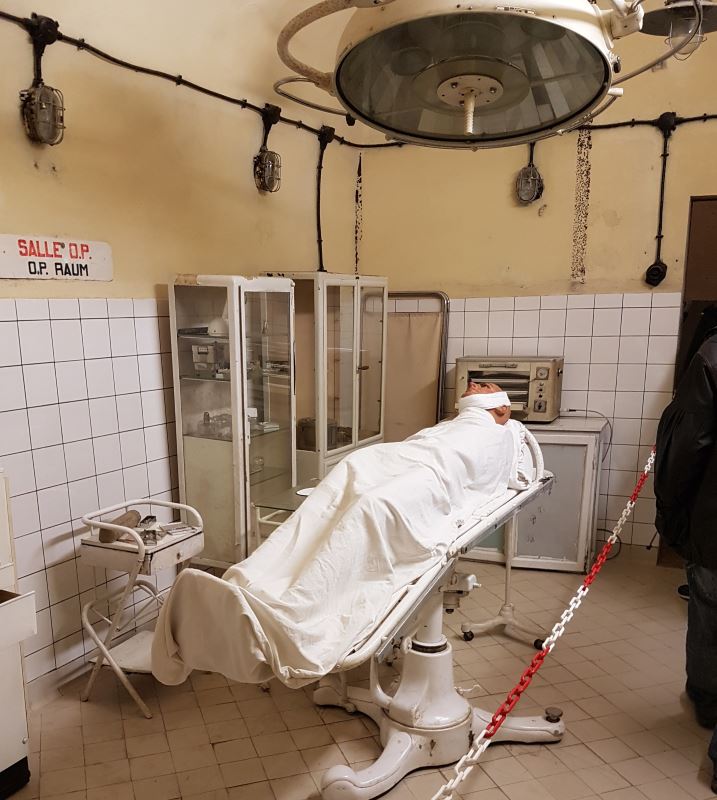 When you come through Wissembourg, you may continue in the direction of Lembach. Over a narrow road, which crosses the foothills of the northern Vosges, you can reach Lembach going through Climbach. Follow the signs "Ligne Maginot" in the town center. Just one mile outside the small town lies the fortress built in the hill to the left of the road. In front of the fortress stands an old M 41

"Walker Bulldog" tank of the US Army from 1951. Approximately 100 yards behind the tank, one sees parts of the fortress - a solid concrete structure with the material entrance, machine gun openings left and right and, a few meters above, the gun couplings. Our tour started at 2:30pm. Our guide was an almost 70-year old veteran of the French army. He told us that the fortress is still owned by the army and that it has been open to visitors since 1983. First, we went a steep way up outside the fortress, and after about 250 yards, we were at the team entrance. Also, there again, you find the same picture. Machine guns on both sides, which had the forecourt completely in the firing field. Then began the journey into the past. The walkway is about seven feet wide and did not lead straight into the interior of the plant but is angled several times and again secured by machine guns and armored doors. We were then in the barracks area of ​​the plant. In the fortress, there is always the same temperature no matter if summer or winter - always 55° Fahrenheit, and the air is very humid. We walked several hundred yards along the main aisle, and from there we could look into rooms where the ventilation was housed. A slight overpressure prevailed in the plant so that no penetration of poison gas, in case of an attack, was possible. Then we were led through the team kitchen, huge kettles, a baking oven, storage and cooling rooms, and very importantly the wine cellar. Each of the 580 men's crew received a quarter of a liter of red wine at each meal. 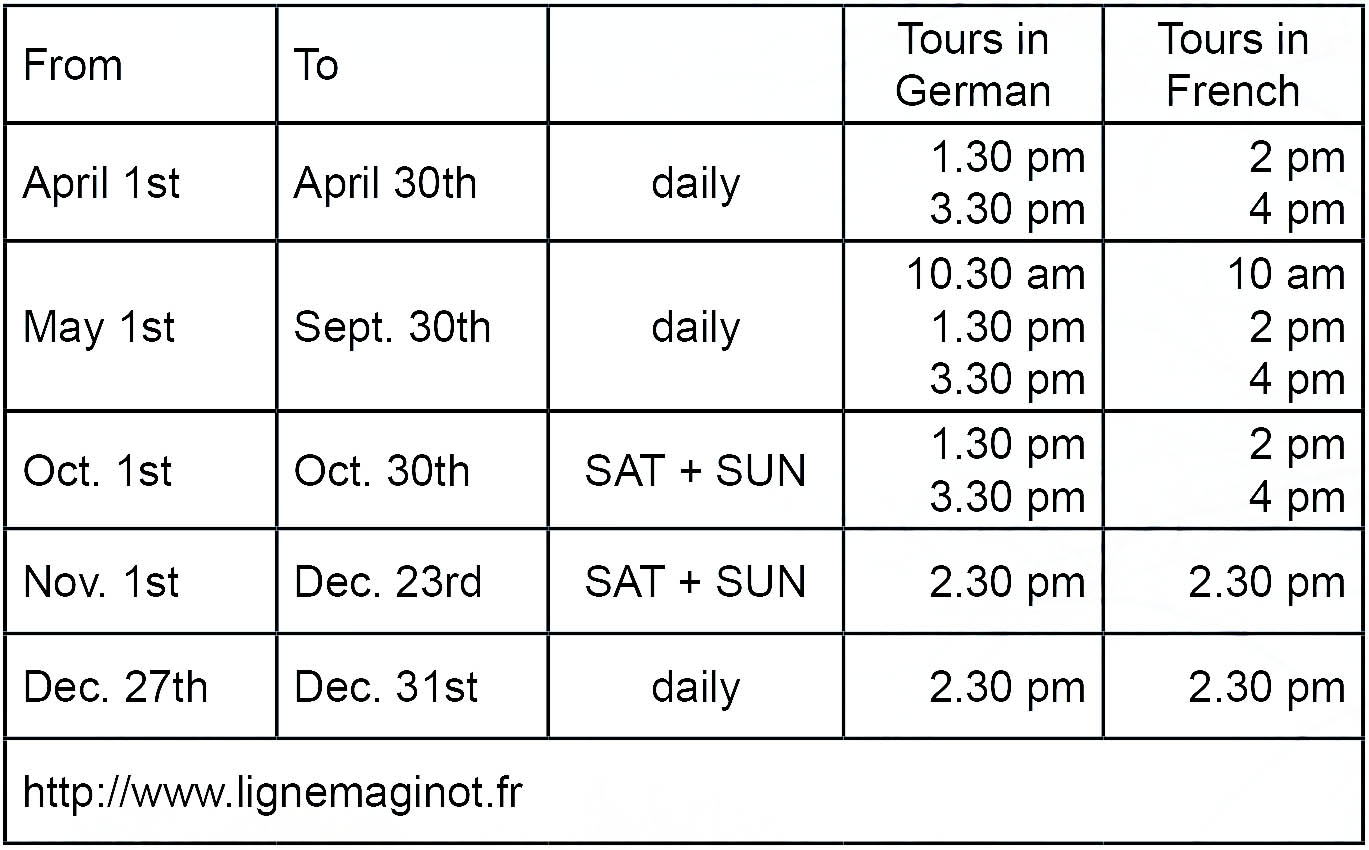 The teams had to eat standing up - there was no dining room. The officers had it better- but they did not have luxury either. It is hardly imaginable under which conditions the soldiers had to live at that time. They always did three months of service in the fortress. A long time without seeing daylight - perhaps comparable to the service in a submarine. Next were the sleeping quarters - these were heated by warm air to 64° Fahrenheit. The beds had steel frames on which a leather mattress filled with sea grass was placed. Slept was in eight hour shifts - always three people shared a bed. It must have been incredibly tight there, no trace of privacy. We further went through the bedroom of the sub-officers; they slept two to a bunk and had only a little more space than the teams. The officers' rooms were small, very simply furnished, but had at least a real bed. Then we came to the clinic. A few beds for the sick, a treatment room and then the operating room, which is still really well furnished. From there it goes to the dental office. At the sight of the treatment chair and the "torture instruments" you can be rigid with anxiety ...... 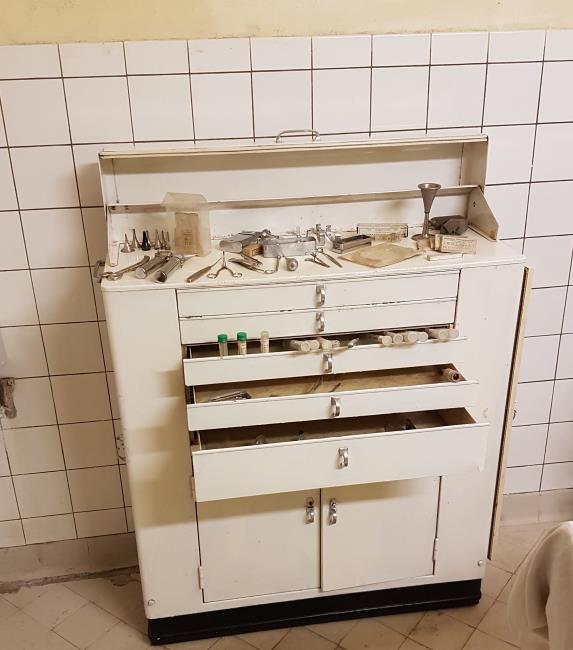 We further went several hundred yards through the gloomy, oppressive tunnel system of the plant. We reached the battlefield of the fortress. Through the communication rooms, the commandant's office and the map room, we headed to the No. 2 combat block, which is accessible to visitors. The fortress originally had a total of six combat blocks.

The fortress was never conquered, but surrendered to the German occupiers on July 1, 1940, after the capitulation of France. The German occupiers made attempts in the combat block one with various explosives and destroyed it. Because the "press" was present, we were allowed to see the beginning of the spilled canal. Normally, it is not accessible to visitors. 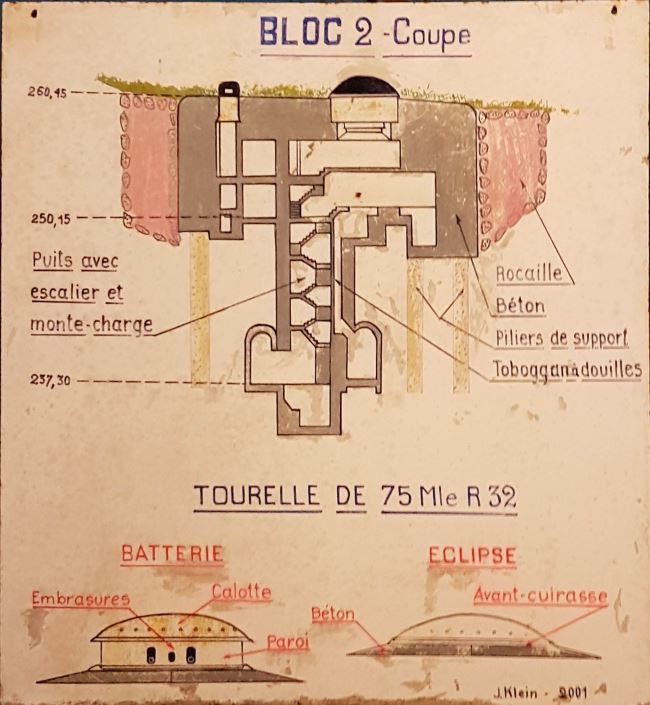 The ammunition camp was located on the lowest floor of the combat block. The rusted ammunition cabinets are silent, contemporary witnesses. The large ammunition boxes were transported through a rail system attached to the ceiling to the elevators. For us there was no elevator, we had to climb 104 steps in the combat block to the protected towers and guns. Over a huge lever system, the guarded towers were extended electrically – but, in some cases, also manually. Normally only a large metal dome was visible from the outside. If it was driven up, the double cannons could fire the surrounding area with a cadence of 60 rounds per minute and a range of six miles, in the 360​​° circle. Outside the fortress there were observers' bunkers, each with about 10 men, who were instructing the cannons through telephones. Our guide asked a visitor to the crank and after a few moments the guard tower had exited. A TV monitor on the wall shows the camera image which is directed at the dome. The retraction of the dome could also be seen very well. The gun was almost invulnerable while retracted. Then we went down many stairs again. 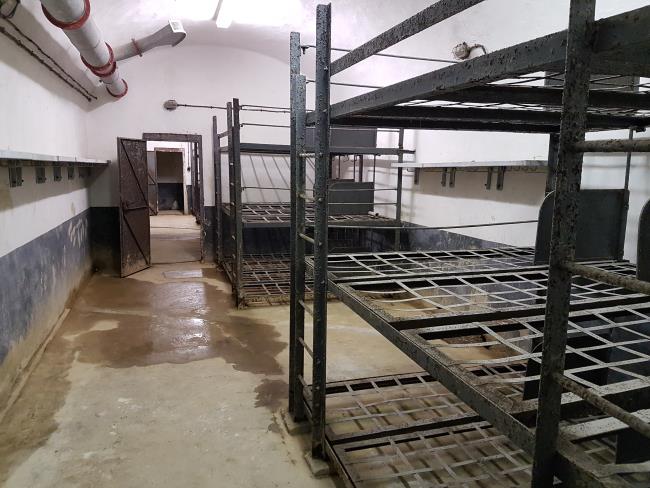 After a few minutes through the galleries we reached the top of the 120 yards long oblique plane. It goes 75 feet down - on the right side 205 narrow steps which lead down to the level of the ammunition entrance. On the left are rails on which the ammunition carts were pulled up on steel ropes. On the lower level, we were able to see the power supply hall. In a room next to it, there are two ship motors that drove the emergency power units. Shortly before the exit stood the small museum. We were able to look at grenades of different caliber, some original pieces from the Second World War, pictures and old posters. After two hours, this extremely interesting tour was over. Unfortunately, it is only offered in German and French. For visitors with walking difficulties the visit of the fortress is not suitable due to the many stairs. Dogs are not allowed to my knowledge. I hope you enjoy this trip into the past.