Villingen-Schwenningen: a trip back in time 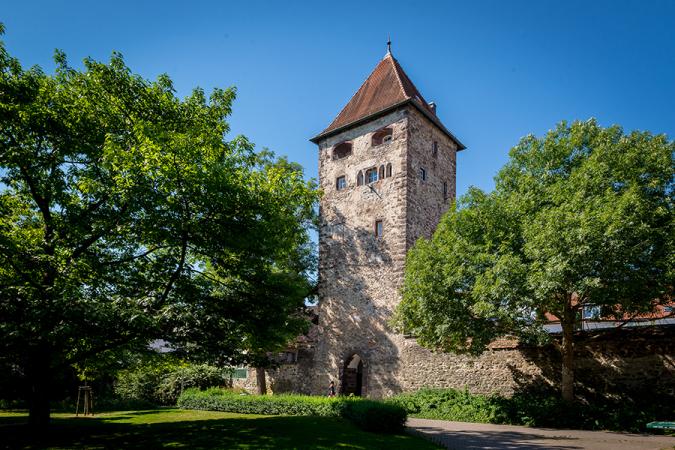 It’s admittingly hard to travel back into the past, if you are lacking a time travel device. But there is a city you can visit, where such a device is not necessary. You can get there all on your own, back to the Middle Ages, back when the night watchman did its nightly rounds within the tall city walls.

You are not a fan of the medieval times? It is too dark for you? Then let us travel along the time of the industrialization and the clock industry. You are wondering how this is possible? All this and more can be found in the interesting joined community that lays at the edge of the black forest. A medieval, proud Zähringer – city and at the same time a modern center in the Black Forest region with lots of industrial history. Have we peeked your interest? This place is located only about one hour away from Stuttgart, heading south on the A81 towards Singen; it is about a 67-mile drive. It’s also a great starting point for a weekend trip into the Black Forest.

That is Villingen-Schwenningen, a city, that gives you the sensation of traveling back in time.

Villingen-Schwenningen has not been a joined community for long. In 1972, the badish Villingen and the württembergish Schwenningen decided to join up. The end of the story was the “Baden-Württemberg city” with two exiting city centers, two very different histories, but one common future. When you decide to stop by for a visit, you will notice that even though it is one city, the suburbs are geographically separated. Both city centers are separated about 5 kilometers from each other. In the midst of that is the central area where, among other things, the common hospital campus is located and several other companies making sure the two cities are slowly merging together. 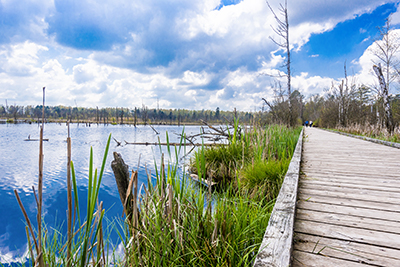 Schwenningen – a city of nature and clock manufacturing

Schwenningen is best known for its former clock manufacturing. The traces of that industry can be still found all over the city, even the German clock road was founded right there and begins there. The clock industrial museum takes you back to when the former "Württembergish clock factory Bürk sons" was still a running plant. Become a factory worker and experience what it was like to work inside a clock factory during the times of the industrialization. The one of a kind nature reserve Schwenninger Moos was founded in 1939 and is a 4,000-year-old bog that is a sight worth seeing during any season. Today a 3.5 kilometer walkway leads you through the bog and gives many exciting glimpses into this one of a kind scenery. This is also the place that springs the river Neckar. This was also the area that hosted the 2010 state garden show. Today, the park is a popular location to relax and invites with its beautiful flowers and a huge playground for kids.

The almost entirely preserved historic city center of Villingen takes you right back into the medieval history of the city. Surrounded by thick city walls and large guard towers, the Villingen Cathedral thrones in the midst of the many roofs of the city. Back in the 19th century, the deconstruction of part of the city was started to tear down the city walls. The three remaining gates to the city are today known as landmarks of the city. And those gates take you back to the old times by just looking at them. Sadly, the fourth gate was not saved from being torn down; the rubble was used to build the city hall and jail in the city. Luckily the rest of the city wasn’t torn down, or Villingen would have lost its status of being the historic Zähringer city within the Black Forest. 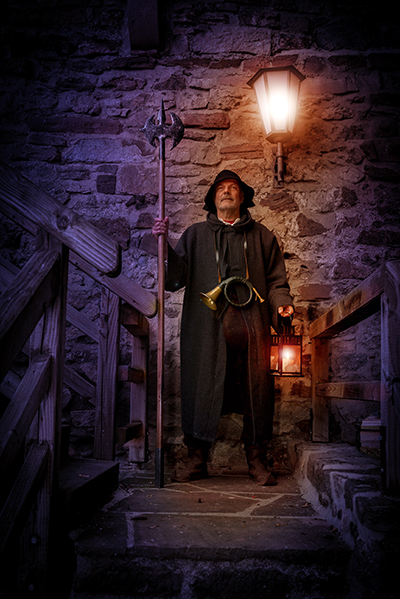 In the pedestrian area of the four main streets, modern shops, cafes and restaurants are inviting to customers. Medieval houses, some of them big and looming over the others, or colorful and just wide enough to fit a tiny flower shop invite people to window shop and walk through. There is much to be discovered in the tight alleys and corner nooks… cute boutiques, little fountains and magical little corners.

The massive cathedral “our beloved lady” is the center of the city Villingen, its fountain sitting next to the massive church tells the tale of the city. The market place in front of the church hosts the weekly market and, of course, the Christmas market during the holidays. All that makes the old town a one of a kind location full of history and old tales.

Since Earl Berthold von Zähringen received the mint, custom and market rights of Villingen in 999, the city developed into an important center throughout time. The little city stood its ground against all of the sieges and was spared from wars and fires. That special faith is granted by the “Nägelinskreuz,” at least that is what the citizens will tell you. Legend says that the city will be spared from fire and war as long as the cross is safely stored within the city, and that it is…within the cathedral.

A stroll along the almost completely intact town walls leads you around the back of the city where you can admire the old Romäus tower, named after the hero Romäus of Villingen who lived in the 15th century and committed many brave acts. A mural of him adores the tower; further down you will discover a few additional towers like the black powder towers and the emperor’s tower.

Villingen has been catholic for ages and many devout people have lived here since the city was home to a few monasteries. The Ursulinen monastery, which is attached to the Bicken gate, was one of them and is used as a school today. None of the monasteries are still used as such. Today, in the Franciscan cultural center, a former monastery, you can find the tourist info, a large concert hall and the Franciscan museum. You can also learn lots of information about the Black Forest in the so-called Black Forest collection and even houses a treasure. The royal Celtic grave was discovered in Villingen and exhumed. The former gravesite can be visited on a stroll around the Magdalenian mountain; just leave the city and follow the trail marked by the Celtic bird. The trail will also take you over the Huben hole, a little hill next to the city center that is home to a little park. Even though it’s not a large hill, this place features some very unique attractions, like Europe’s highest rose garden and a tower that offers a spectacular view of the surrounding areas. The Celtic bird on the sign then leads you to a housing area in Villingen, located in front of the Warenhill. Behind that you will find the famed Magdalenian Mountain with all its history. The best way to finish off the day is to stop at one of the many guest houses and cafes to indulge in some of the local specialties. 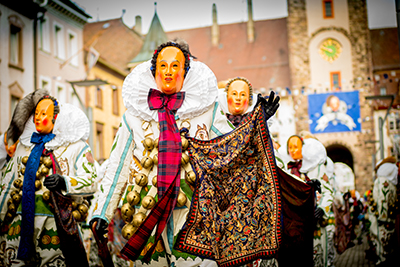 Hint: the Alemannian carnival is a must-see spectacle. It is part of the UNESCO world heritage collection. The carnival has been an important part of the political and cultural town history. Carnival is a custom that has its days of celebration dictated by the church calendar. Before the start of the Easter fasting time, Ash Wednesday was a day of large celebrations. Hundreds of people still flock the streets wearing their traditional Alemannian costumes and celebrate during large carnival parades in the inner cities.

This beautiful city has much to discover. We also offer guided tours in English, contact us to schedule ahead.

We are looking forward to your visit!

E-Mail: This email address is being protected from spambots. You need JavaScript enabled to view it.