The 5th season in Germany 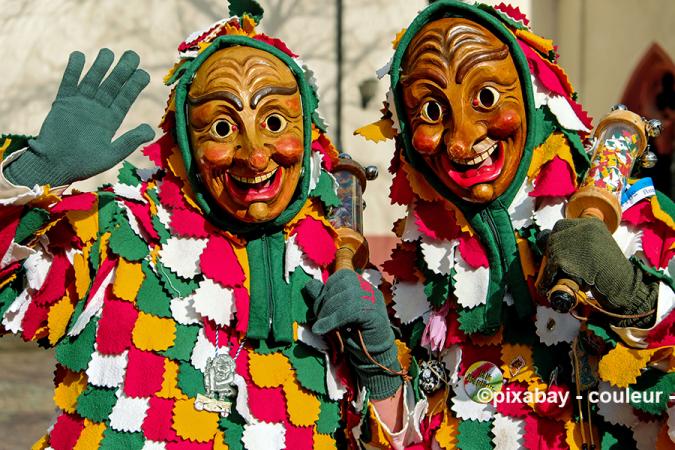 You may have noticed that stores are setting up party items, costumes and streamers. No, Germany is not having a blow out on Halloween costumes, but is preparing the high season of Karneval, Fasching or as Americans may know it, Mardi Grass. You probably didn’t even know that the so called 5th season started all the way back in November, on the 11th of November to be exact, right at 11:11 am. Clubs and avid partiers have since been meeting, planning and working on the highlights of the season. Unless you are member of a Karneval club, you normally don’t sit in through meetings and the important voting of the local Fasching royalty. A Prince pair is elected each year to lead the campaign. They get to attend all the events and parties and dress up in fancy dresses. 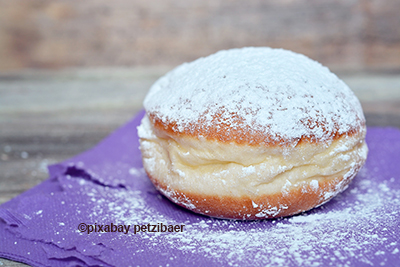 The biggest parties usually happen starting on the weekend before Fat Tuesday. Parades with huge floats and many participating clubs and marching bands. Fasching surely is serious business here, with seasonal cakes called Berliners, a yeast donut filled with jams or pudding, its own music, its own dances, its own government, that takes over the Town halls on Thursdays the week before Fat Tuesday. Most communities run fun costume parties for children with lots of games and dances. The Garde dancers, a dance club that practices all year, usually perform during events and meeting and walk along the parades dressed in traditional costumes that resemble a mix between band costumes and cheerleader outfits. The Dance could be described as a mix of cheer and Las Vegas show girl. Each of Germanies regions has its own costumes and traditions that are based on old pagan and Celtic rituals, especially in the Alemannic region. The Witch and monster costumes all have one purpose, to scare the winter away. 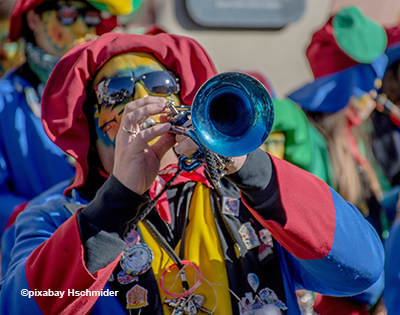 My favorite part of Fasching has to be the parades. You may be shocked by some of the floats, German Fasching can get quite political and politicians and leading officials end up with hilarious wagons. Especially on the large parades in the central Karneval celebrations in Cologne and Mainz crowds will be overwhelming, so be sure to leave early in the morning to find a good spot. It’s tradition to throw candy and other goodies into the crowd for children to pick up and collect, so be sure to bring a bag. Be aware of traffic delays and traffic blocks during those times. Most of the parades happen on Sunday and Rose Monday, February 11 and February 12. Fat Tuesday goes out with a bang and lots of parties and the whole madness is over on Ash Wednesday. Most schools are closed for the at least those days, if not the entire week of Fasching.

Fasching is definitely something not to be missed out on, there are parties for adults and kids and the parades are great for the whole family to see.

We compiled you a list with parades in the area