About 500 meters away from the castle, you can see the ruins of the "Burg Alt Lichtenstein" which was built sometime between 1150 and 1200 A.D. This smaller castle was originally destroyed in 1311, and after being rebuilt it was once again damaged between 1377 and 1381 during the Swabian Civil War. It was never rebuilt; instead, another, new castle was erected in 1390.  This castle served as the Duke's seat from 1390 to 1567, and was then later used as a forester's lodge. After the Thirty Years' War (1618-1648)  this castle slowly fell into disrepair and in 1802 part of the ruins were demolished (later to be used by Duke Frederick II, later known as King Frederick I of Württemberg, to build a princely forest and hunting lodge). In 1826 the German author, Wilhelm Hauf, published a novel entitled „Lichtenstein“ – it was the romantic era. During the romantic era, the Middle Ages, castles and knights were glorified and this novel takes place in 1526. The main character, Duke Ulrich, was driven from Württemberg and hid in the castle Lichtenstein and its neighboring caves. Wilhelm Graf von Württemberg loved the novel so much that he bought the surrounding land and forester's home in 1837. This was where he wanted to build his summer residence. After the demolition of the original forestry and hunting lodge, Schloss Lichtenstein was built (1840-1842). The Count  added on an outer ward and a trench to protect the castle and its hidden treasures from thieves and burglars. Between 1898 and 1901 the outer buildings of the castle were built, and finally, Burg Lichtenstein was complete. 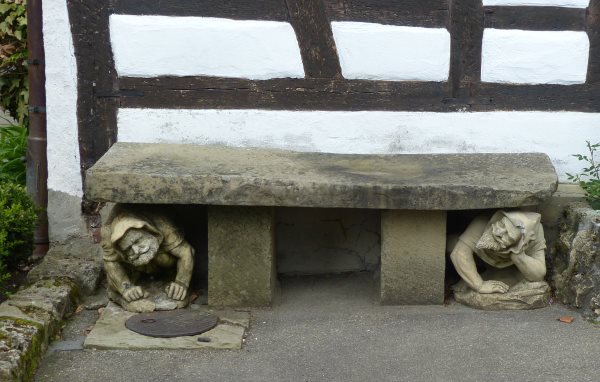 Nowadays you can visit the courtyard and outer buildings, as well as the beautiful interior of the castle (two stories are available for viewing).

Whether you are in the great hall, the armory or the ball room—each room is full of beautiful antiques, preserved paintings, decorations and furniture. Outside, you can see an interesting collection of older weaponry, such as the cannons that once provided the castle with additional protection. The entrance fees for the castle and the castle grounds are €3.50 for children, 7€ for adults, or with a Military Discount: €6. 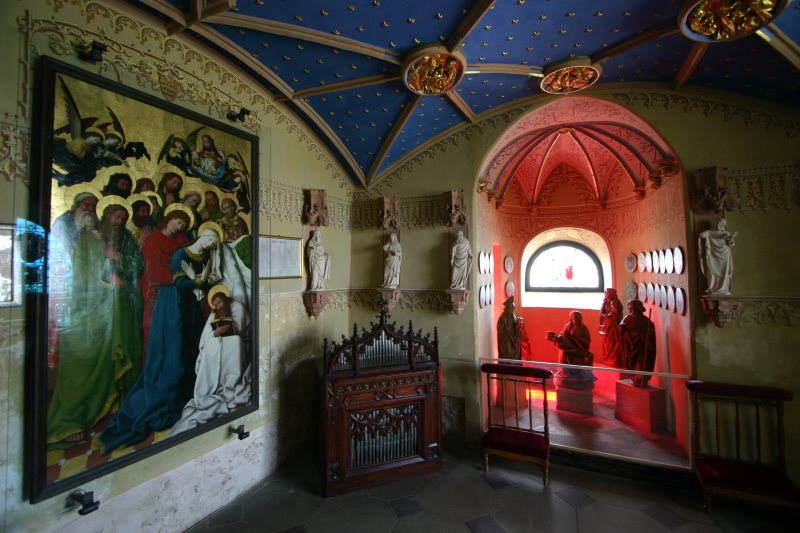 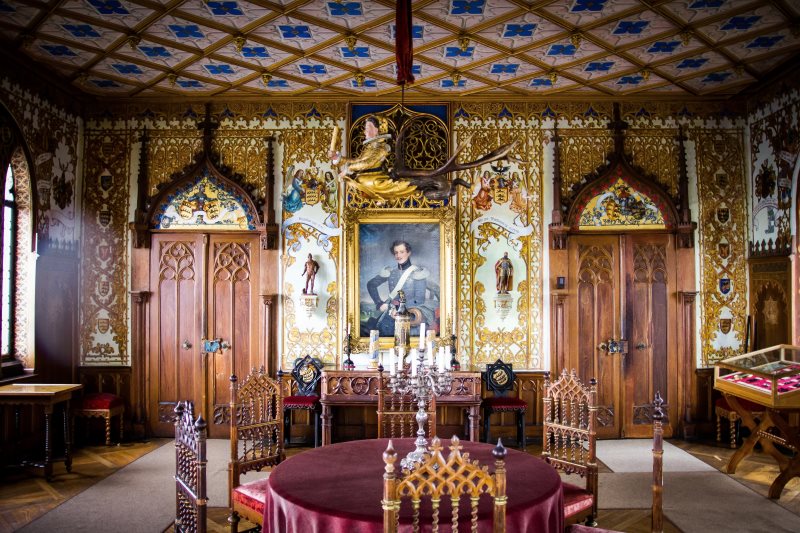 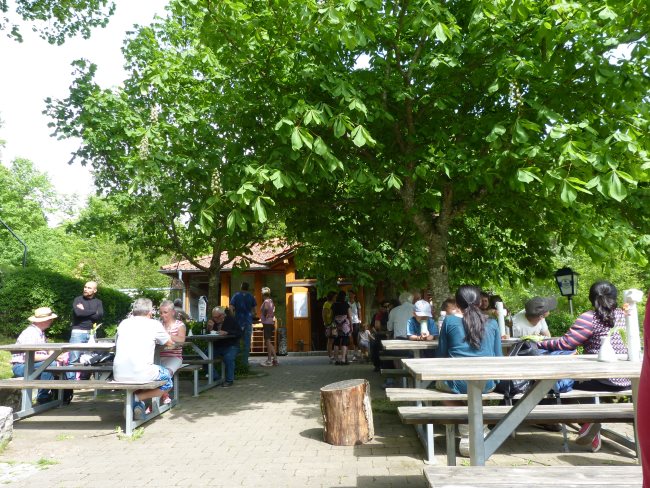 Only a few meters from the castle is the visitors’ parking lot. There is a small beer garden with a children's playground. Next to the beer garden you can find a Waldklettergarten or forest, climbing park: Adventure Park Lichtenstein. Children (over 8) and adults can show off their climbing skills and bravery. This climbing park is open until the beginning of November. The park closes if there are any extreme weather conditions (rainstorms or heavy winds); when in doubt simply call in advance (07129-69 43 95). 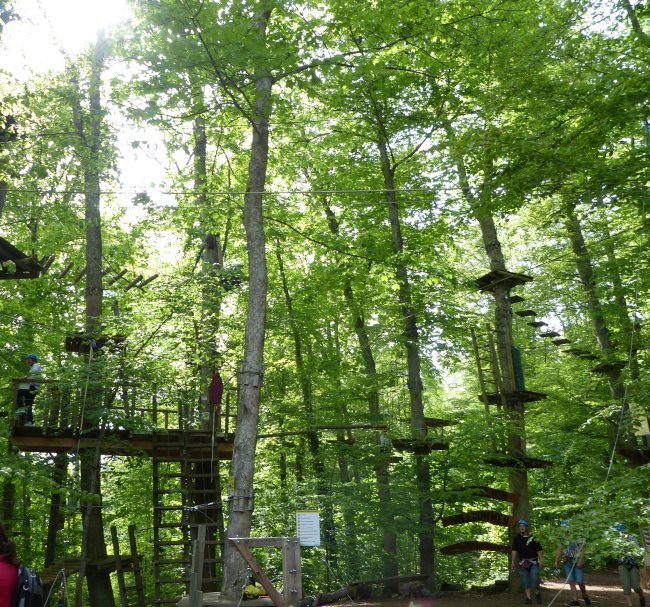 If you have all day to explore, a trip to the nearby caves is noteworthy, as both caves are less than 10 minutes away by car (6 miles). 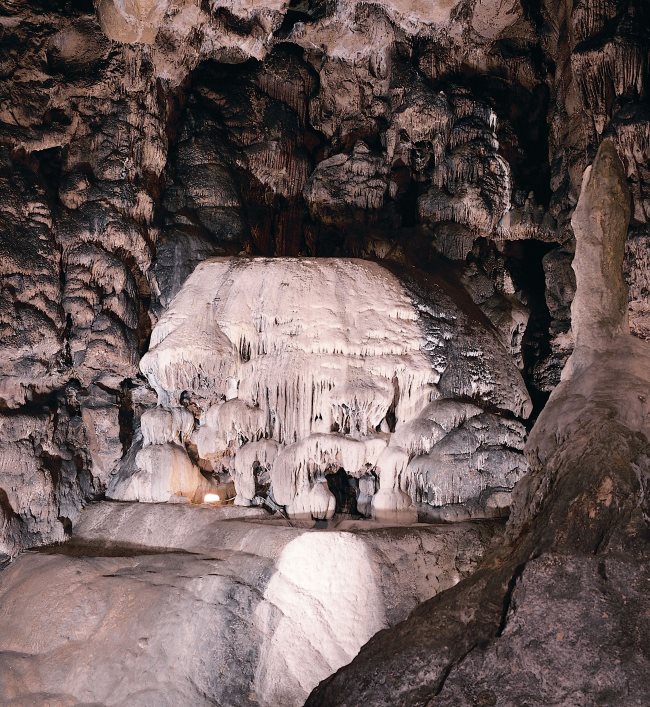 The first cave is the “Fog-Cave” or Nebelhöhle, and it has been around for quite some time. It was first mentioned in text in 1486, but it was surely used as shelter, or as a safe haven, long before then. The Nebelhöhle was first called a “fog hole” until it was given a larger, and more comfortable entrance in 1803. It is important to note that the temperature in the caves is a constant 48°F and 50°F throughout the year.  The cave also retains 100% humidity, so bring a warm, water resistant jacket.  The formation of the cave took place over millions of years; 150 million years ago this area was covered in water. The shifting plates of the earth took what is today's Southern Germany and lifted it above the sea. The drying of the former seabed, along with the naturally formed cracks and crevices, are what formed the cave you see today.  Stalactites began to grow—it is estimated that the stalactites grow at a painstakingly slow rate—1 cm every 60 to 80 years. 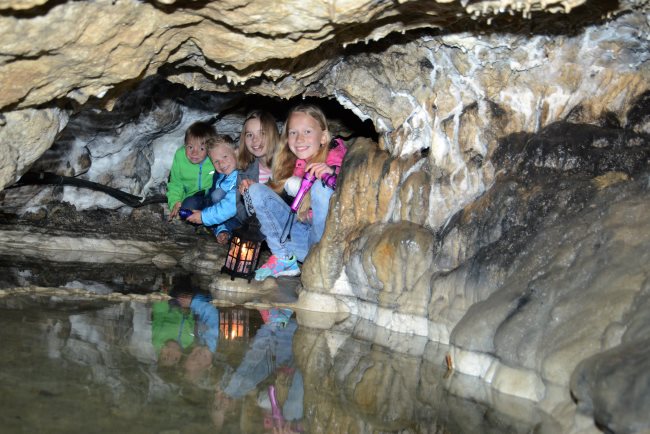 So you can see just how long this cave has been in the making. The Nebelhöhle is one of the biggest and nicest caves that you can visit in Southern Germany. The cave is 830 meters long, 480 of which you can walk through. Unfortunately, the cave is not wheelchair friendly, seeing as there are over 141 steps and no elevator is available. 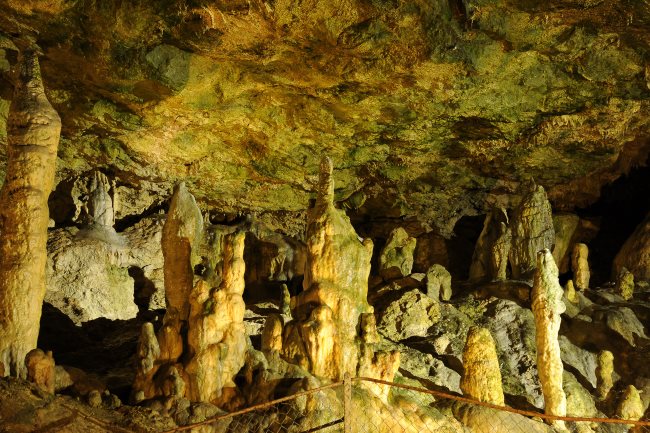 Die Bärenhöhle or “The Bear's Cave” 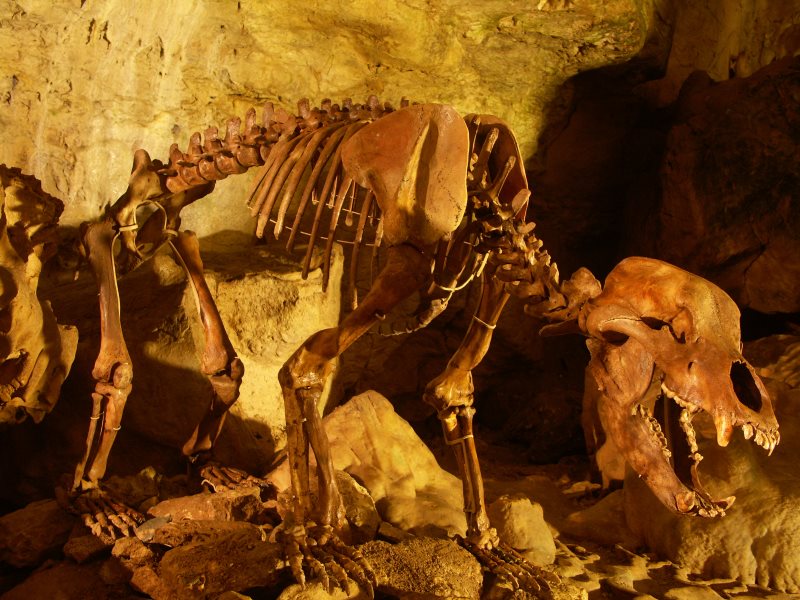 Only a few kilometers away from the Nebelhöhle, you will find the Bärenhöhle. On the 30th of May in 1834, the local school teacher Fauth lost his tobacco pouch as he was gathering herbs out in the forest; it fell down a crevice in the ground and into the darkness.  The following day, he decided to go digging with his group of friends and found a small cave. Inside they found rings made of bronze and gold along with various pieces of bone including over 50 human remains, most likely from the Plague during the Thirty Years War. 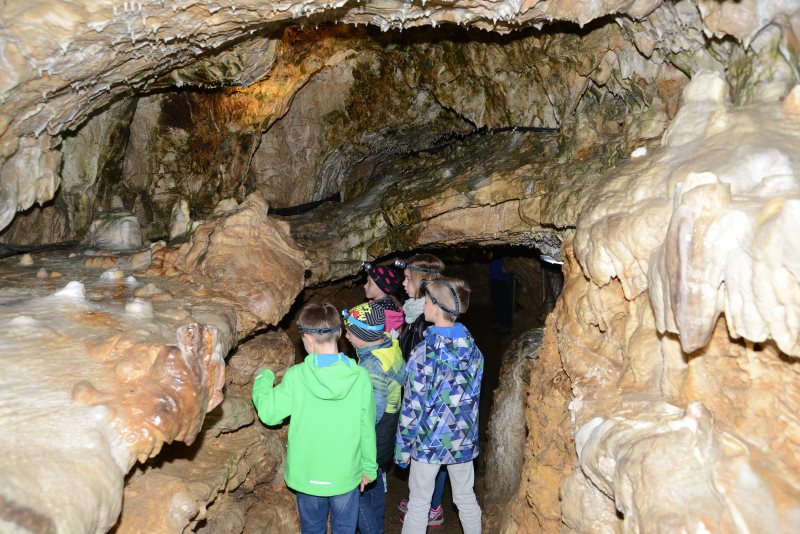 The cave is split into two parts: the originally discovered Karlshöhle and the 1949 discovered Bärenhöhle, 271 meters of which are accessible. The Bärenhöhle, much like the Karlshöhle, was filled with various bone fragments—due to the numerous bone fragments and skulls of cave bears, this new section was soon called Bärenhöhle, or Bear's Cave. Nowadays, both caves are referred to as the Bärenhöhle. The temperatures in these caves are also 48°-50°F year round (so remember your warm clothing), but unlike the Nebelhöhle a large portion of the Bärenhöhle is wheelchair accessible