Traveling to London on a Budget

As I've mentioned before, living in Germany makes traveling throughout Europe just a little bit easier and a lot more affordable. Ryanair almost always has cheap tickets to London Stansted from Frankfurt-Hahn or Baden-Baden, and neither of those airports are terribly far away from Stuttgart, Wiesbaden or Ramstein. Parking at the airport isn't super cheap, so it's always best to get a ride. However, since you probably saved a ton on the plane tickets, dishing out 50 Euro for parking (for a week) isn't all that bad. A friend of mine had an extra ticket to Harry Potter and the Cursed Child last September, so I convinced my husband to let me plan a last minute, five day trip around the play (and on the cheap). The trip was a success, and so here are my tips for traveling to London this year!

First off, let me just say that you can find plane tickets to London for as low as 20 Euro round-trip if you go during the off season (Ryanair). The flight isn't terribly long either, and you can then catch a bus or a train into the city from London Stansted airport. I'd suggest buying your tickets for the bus or train online in advance, but it isn't too difficult to get them at the airport either. It's about a 45 minute trip. Personally, I'd recommend taking the train or the Stansted Express. Also, there is a money exchange at the airport that has a pretty good currency conversion rate. You can also use an ATM to withdraw British Pounds right away. 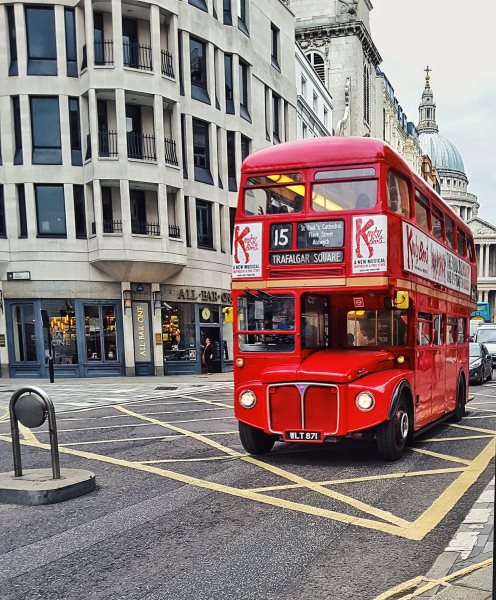 Getting around in London is easy; the public transportation is superb and everyone speaks English, so you shouldn't have too much trouble finding your way. You'll want to get an Oyster card to use on the buses/tube/DLR/London Overground, etc. You'll need one card per person (Children under 10 travel for free), and you simply scan these cards anytime you use the public transportation system. For the bus you just scan the card once, for the under or overground or DLR you scan the card when you get on and when you get off. You'll see your balance displayed when you leave, but there are also plenty of automatic stations where you can check the card’s balance. Oyster cards can be found either at the airport or at one of the main underground stations in London. It's just a simple card that will cost you around 5 British Pounds to purchase, and you'll want to put around 20 Euro on it for starters (assuming you’re staying for a few days). I think we ended up topping off our cards with another 20 Euro while we were there (so spending 40 Euro per person total on transportation for five days).

Booking.com has a lot of great deals—pay when you stay, no down-payment required, and free cancellation till a few days before is always a must whenever I plan a trip anywhere. I've stayed at a few hostels in London, and they were all just fine. However, last time we stayed, we booked ourselves a private room in a little pub. It was called The Ship Inn (you can find it on Booking.com), and we paid 300 British Pounds for the 4 nights/5 days—with free breakfast in our room and some pretty great pizza downstairs in the pub for around 7 Euro. There was a shared bathroom, but there are only three or four rooms anyway, and there is a sink in your room, so this wasn't a problem. The only downside to this accommodation is that you can't check in before 15:00 as that is when the pub opens. However, after that you have a key and can come and go as you please. The room was absolutely adorable, the breakfast was great and the location was nice, too. I'd definitely recommend staying here, and I'll be looking at booking this room again for my next trip to London.

Well, what can't you do in London? It's an amazing cultural hub! There's theater, music, museums, dancing, history and even the largest toy store that I've ever been to (Hamleys on Regent Street-- it’s a must see for kids ages 0-99. I'm serious you won't want to miss this place). We wanted to see all of the “classic” London sites, and therefore, booked a vintage, double-decker bus tour. We spent the morning driving through London seeing Piccadilly Circus, Big Ben, The London Eye, the Tower of London, London Bridge, Westminster Abbey and, of course, Buckingham Palace. We didn't spend a lot of time at any of these locations, nor did we go inside any place, but it was a great site seeing tour nonetheless. We then spent the afternoon on a bus heading towards Stonehenge, which was also an amazing site to see. There's so much history there—you'll definitely want to take a few days to explore it. If we'd had any extra time, we would have liked to see the inside of the Globe Theater, Buckingham Palace and The Tower of London. My husband spent his “free day” at a few local war history museums that our tour guide recommended, and he really enjoyed it (I spent my free day at the play). Our last day was spent at the Museum of Natural History, which is a fun, inexpensive and educational place to spend any extra rainy days in London-especially if you have little kids who like Dinosaurs. 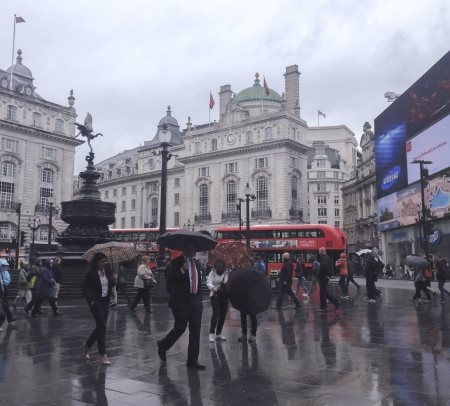 Being gigantic nerds we also spent a day at the Warner Brothers Studio Tour London- The making of Harry Potter, which was so much fun. If you're a fan of the Harry Potter franchise at all I highly, highly recommend this tour. It's pretty much an all-day thing. You can use your oyster card and take public transportation almost all the way there. The last 10-15 minute stretch from the train station to the studio is traversed in an official studio tour shuttle bus that will cost you around 2.50 BP a person. When we were there in September, we were excited to hear that the Fantastic Beast and Where to Find Them movie was being filmed at the studio as well. The studio tour obviously includes a lot of fun information about the movies as well as actual film sets (including parts of the train) and a lot of Harry Potter merchandise. Oh, and Butter Beer at the cafeteria! You also get the chance to take some great photographs, some by yourself and some with the help of the studio tour crew and a green screen...but enough about that. London is a great destination year round, you're sure to find something to entertain you in that city. There's also a Ripley's Believe it or Not museum, a wax museum, a few fine art museums and lots of places to eat and shop. My final bit of advice is that you go and see a play, even if you aren't super into theater—it'll be worth your while and there’s a whole variety of plays to see.

London is pretty much the Broadway of Europe, so you'll get your money’s worth. Here's a list of plays that I personally recommend:

The Play that Goes Wrong –  A great comedy that even my husband enjoyed seeing (he's one of those people who isn't super into theater). Seriously though, we were laughing our socks off.
Peter Pan Goes Wrong – done by the same people, and sure to make you smile, laugh, and potentially spit out your drink.
Harry Potter and the Cursed Child – this play isn't hard to sell to anyone who loves Harry Potter; it was brilliant but is usually sold out way in advance. Still, I had to mention it; it was just perfect, and the actors were so kind and amazing (yes, I got to nervously meet most of them after the show). I even have their autographs!)

Wicked – I'm sure you've heard of this play, and it really is as great as they say.
Shakespeare in Love – a fun romantic comedy, this would be perfect for date night, and yes, the guys will enjoy it too.

Those are just the plays I've seen so far. I've also heard amazing things about Aladdin, Dream Girls, WAR HORSE, Les Miserables, School of Rock, The Book of Mormon and The Lion King.

The exchange rate is the only down side when visiting London (well, that and it can be pretty rainy), but even that has improved lately. Plus, if you take a little bit of time to plan all of this out in advance, you really won't have to worry about a thing while you're there. Most of these tickets can be purchased months ahead of time, making it a very budget friendly vacation overall.