A young buck out looking for love 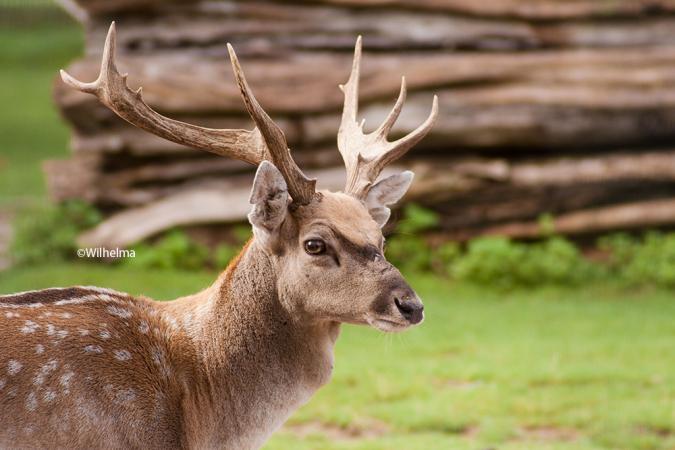 Dull, rumbling calls are carried over the exhibition farm at the Wilhelma. Through trees and branches, spotted fur and impressive antlers are visible. The new arrival at the Persian fallow deer is making for a magnificent sight. The newcomer has loudly proclaimed the start of the mating season, even though the buck from the Berlin zoo, arrived just a few days ago. He is supposed to ensure that there will be new generations in the future, for this rare Asian deer.

The characteristic bellow will carry for miles and keep the competition at bay. “The buck first and foremost has to establish his territory and show off”, explains caretaker Ramona Schiele. 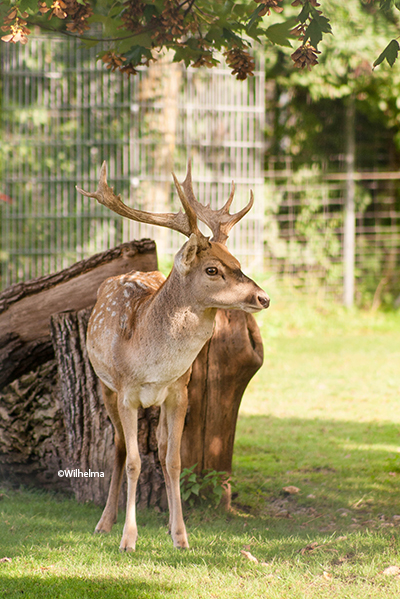 “He came in at the perfect time, this way he can experience the next season.” October sets of mating season for the fallow deer. The buck will not only stand out for his loud voice, but also for his very distinctive scent. He produces an intensive smelling secretion, that is spread on his neck, belly and sides. Because of that his otherwise light brown fur, is turning into an ash grey. The buck marks his new territory by setting lots of scent marks and by scratching the ground with his hoofs and antlers. This way competition stays out and mating ready females are lured in. The four does of the Wilhelma really did not need much convincing, when it came to the new guy: they got along on their own after just one night. “We usually separate newcomers on one side of the enclosure”, explains Ramona Schiele. “The buck got so excited about his females, that he tore down the visual protection of the fence. The girls then took advantage of the hole and moved to the other side of the fence.” So, the herd has been united a little faster then originally planned. It seems that even though the buck is still on the light side, he is very self-assured and very enticing.

If any of his advances were successful won’t be visible until next year spring. Depending on the duration of the mating season the fawns will be born between May and June. The Wilhelma is doing important work with its breeding program of the Persian fallow deer, which originated in the Near East. Back 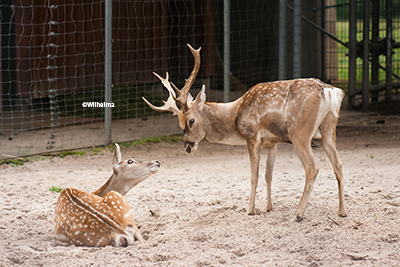 in the middle of the 20th century this subspecies was considered extinct. All European descendants can be traced back to three animals, that came from the south Iran to the Opel-zoo in Frankfurt. Thanks to the well-coordinated breeding programs of the zoos, the Persian fallow deer is once again roaming their homeland. Today there are about 250 of these rare animals living in Iran again and there are two small groups in reservations in Israel.