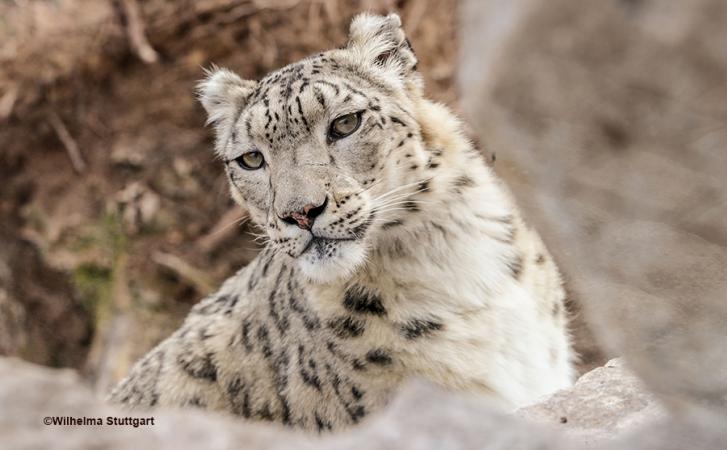 The Snow Leopards at the Wilhelma have something great to look forward to: the zoologic-botanical garden in Stuttgart built a beautiful large outdoor areal on a steep slope, exclusively for the climbing enthusiastic cats. Edith Sitzmann, the finance minister of the state of Baden-Wuerttemberg, formally opened the new enclosure in the Wilhelma in Stuttgart on Monday March 26th, 2018.

“The Wilhelma helps to maintain the endangered Snow Leopards, with this new enclosure. This is active species conservation” the minister added. The Snow Leopard pen has been modernized, the outdoor enclosure was expanded and customized to suit the living conditions of the animals. The state agency Wilhelma and its support club invested close to 1,6 million euro into the new Snow Leopard enclosure. 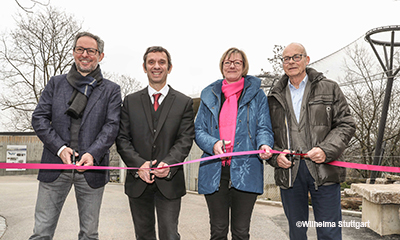 The Wilhelma curator Dr. Thomas Kölpin explained at the official opening of the enclosure: “with the new construction of the areal, we were able to utilize an area on the edge of the Wilhelma property. For other animals the steep slope would be an issue, but for the Snow Leopard it is perfect. The now 730 square meters large outdoor areal is four times the size of the previous enclosure and can be separated into three separate sites. This makes breeding of the rare species once again possible.”

The club of friends and supporters of the Wilhelma has been an important pillar for many years, when it comes to realizing projects in the Wilhelma.  The club provided a grand of 300.000 euro to the construction of the enclosure. The minister thanked the club for the large contribution. The second representative chairman Thomas Jaißle emphasized:” It brings us, as support club, great joy to see our financial contribution help the Wilhelma and their continued development. We owe that to our steadily growing number of members, that has since grown to 34.000 members. With this encouragement we look forward to join in on the large project of the elephant world.”

Visitors receive a whole now perspective off the animals through the tunnel with windows and pulpit. Display boxes show interesting facts about Snow Leopards waiting to be discovered by eager visitors. With the almost 1.200 animal species and round about 7.500 plant species as well as the large inventory of shrubs and trees of the historic gardens, this adds another fascinating spot within the Wilhelma. The 1,5 million annual visitors are now able to gather a whole new exiting perspective of the extraordinary animals.