The Eagle’s Nest in Berchtesgaden 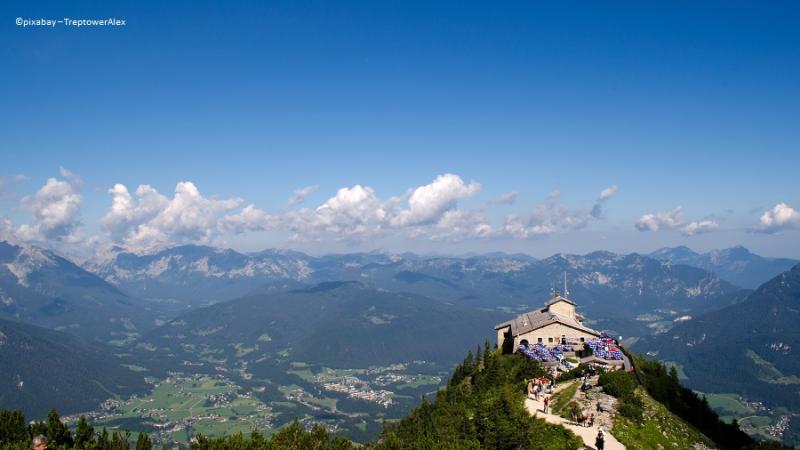 If you ask around, one of the “must-see” attractions in Germany is the Eagle’s Nest in Berchtesgaden. I can only guess, it’s a combination of historic curiosity and the memory of the defeat of a real-life nemesis.

If it wasn’t for its macabre history, the area would be no different than any other beautifully situated Alpine houses. Stunning, rugged, white-tipped mountains and cliffs, steep green valleys with forests and little towns surround the house. Today, it has been turned into a nice restaurant with the typical Bavarian charm and delicious food.

Looking back at its history, the Kehlsteinhaus, how it is called in German, was the great finale of architect Martin Bormann's building mania on the Obersalzberg. Built on the Hoher Goell Mountain, 6,017 feet above sea level, construction took enormous effort. To reach the site, a road was blasted into the rock and several tunnels had to be constructed.  The whole project only took 13 months to finish. 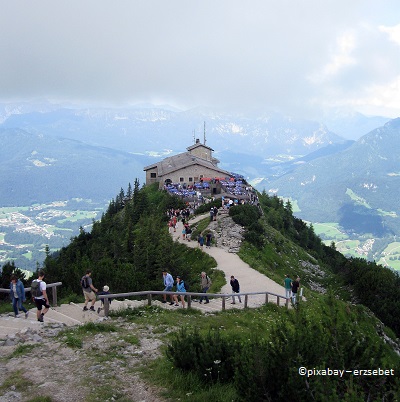 The Eagle’s Nest is often confused with Hitler’s Berghof retreat, which was Hitler’s favorite place to be. But, Berghof was destroyed in the war, and Bavaria demolished the burned remains. Some people also claim Eagle’s Nest was a gift for Hitler’s 50th birthday; again, this was not the case.

Hitler himself only visited the Kehlsteinhaus maybe 20 times; other than that, it was used to show off to visiting dignitaries. Friends like Borman and Eva Brown had the privilege to host and entertain parties up there.

The Eagle’s Nest was supposed to be targeted by the Allied forces during the war, but it was too small of a target and ended up spared. It turned into a popular hangout spot for GIs, and in the 50’s, the districts decided, after some intense debate, against destroying it. The house was renovated and received some basic updates, but it almost completely retained its original appearance.

Today, you can reach the Eagle’s Nest via public transports. The house has been turned in to a restaurant, and there are plenty of stunning photo opportunities, especially on clear days.

The Eagle’s Nest is usually open all summer. The busses start running in May and finish the season in October. The house itself is closed during the winter months. It is truly worth a visit!

For more information, opening hours and other fun facts, check out their website:

Copyright Together Magazine by Uwe Warnack © 2021