A Sea of Flowers 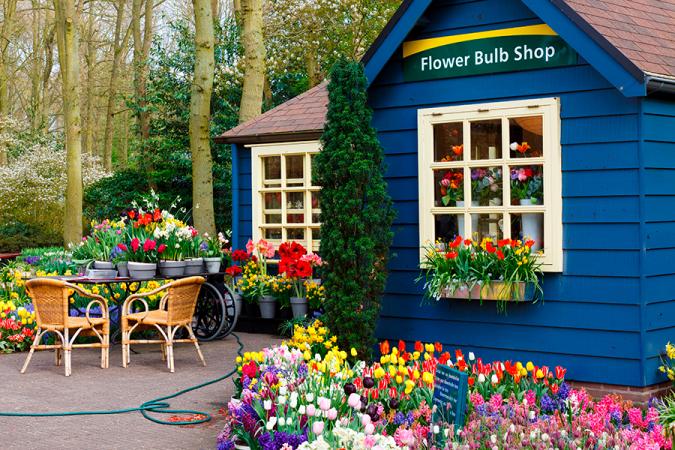 Keukenhof has to be one of the most popular destinations in the Netherlands during springtime. It is one of the largest flower gardens in the world, known everywhere for its famous tulips, and was nicknamed the “Garden of Europe.” Keukenhof is located in the city of Lisse in South Holland in the Netherlands. The area is coincidently called the “Dune and Bulb Region.”

Keukenhof opens its doors during the spring every year, from the middle of March to the middle of May; depending on the weather, most tulips will be in bloom during mid-April.

The history of the area is quite diverse; originally, the grounds were used for hunting back in the 1500s. the Countess Jacoba van Beieren [Jacqueline of Bavaria] of the local Teylingen castle also frequented there to gather her herbs to use for cooking in the castle’s kitchen. Hence the name Keukenhof – “kitchen garden” in Dutch. After the countess passed away, the grounds were claimed by wealthy merchants. In 1641 Governor Adriaen Maertenz Block had the castle Keukenhof constructed and lived there during his retirement years. 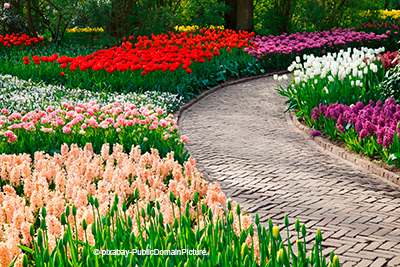 By the 19th Century, the new owner, Baron Van Pallandt, hired the landscaping architect Jan David Zocher to create a garden around the castle. Jan David Zocher and his son Louis also designed the Vodelpark.

The Keukenhof public garden was founded in 1949. The mayor of Lisse and a group of 20 leading flower bulb growers and exporters wanted a place to show off an exhibition of flowers that people from of all over the country could participate in. Dutch growers could show of their hybrids and boost the export of flowers.

Today, Keukenhof has been transformed into a huge park with restaurants, souvenir shops and activities. The garden is set up with different themes, for example an English garden, a Japanese garden, and a natural garden. All of that is nestled between colorful tulip and flower beds, walkways and ponds, streams and lakes. While the huge tulip fields are not part of the actual garden, you can take boat tours on the channels that run through the tulip fields.

One of the many sights is a traditional Dutch windmill, and if you are a passionate photographer, you will find plenty of stunning backgrounds, motifs and objects to work with. During the open season, Keukenhof runs several events with music, activities for the kids and even a scavenger hunt. Each year the garden runs a theme. Of course, there are guided tours available, too.

For 2019 the motto at Keukenhof is “Flower Power.” The park is scheduled to open its gates on March 21st and go until May 19th. The park is open daily from 8am until 7:30pm including on the holidays. It is a good idea to plan a whole day to see everything, especially if you want to do a boat tour. Dogs are allowed at the park, but they have to stay leashed. Keukenhof is wheelchair friendly and has disability accessible restrooms.

For more information and reservations, check out their website: https://keukenhof.nl/en/

Copyright Together Magazine by Uwe Warnack © 2021