Take the retro ride of a lifetime, before they all dissapear 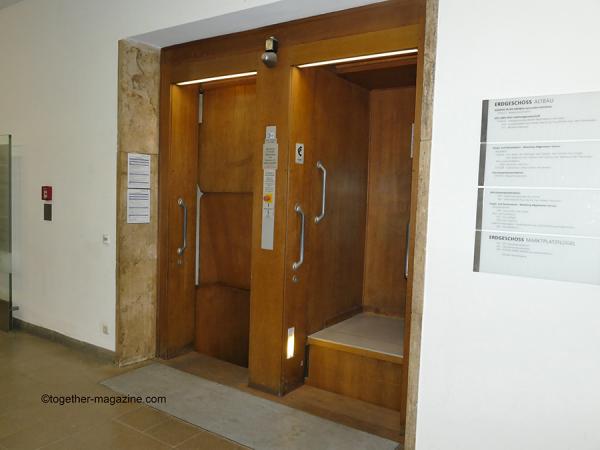 Since I started writing for the Together magazine, I have written about many different subjects. When my boss asked me to write about a recent Smithsonian article, I got majorly excited….. well, until I heard I will be writing about an elevator… What???

Why would anyone, especially the Smithsonian, be interested in elevators? My boss told me it’s not just an elevator, it’s a paternoster! So, off I went to do some research. Not only did I check out the Smithsonian article, right here https://www.smithsonianmag.com/travel/ride-bizarre-old-school-elevator-they-all-shut-down-180955461/ , but I also checked what the Interwebs had to offer. 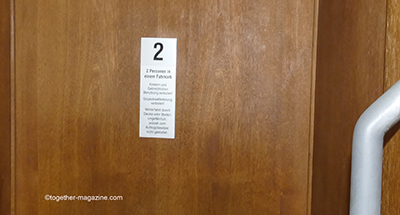 Let’s start with the fact that this elevator has next to disappeared today. There are only a handful of public ones left in Europe, several dozen are inside office buildings and closed to public use. The Paternoster was invented in 1860, these elevators were very popular and almost every department store used to have one. The Architect Peter Ellis invented the elevator and patented what he called: “continuously moving lift” in 1866. The first paternoster was installed and opened for use in October 1869 in the Oriel Chambers. These nifty lifts were built of boxes that worked almost like a Ferris wheel on a track. One box followed another and the patrons just had to step into one of the empty ones to take them to the next floor. The elevator shaft never had doors, making this elevator such a unique experience. You may also see why they have become a dying breed, as they can be tricky. In theory you can get into one of those boxes and ride it over and over in a big loop. If you are worried about certain death when getting to the top or bottom, do not despair, just like the Ferris wheel the tracks push you over into the other shaft. The name paternoster is Latin and means “our father”, the first two words in the Lords prayer in Latin. 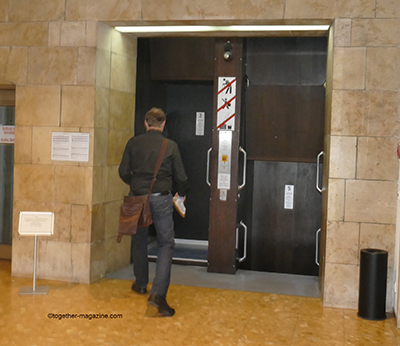 These elevators are quickly disappearing one by one. A law that deemed them dangerous was passed in 1990. When you are standing in front of one of those elevators you will quickly see why. If you do not pay close attention to when to take the step in or out of the cabin, tripping over the ledge or the floor can become an issue. I can also imagine that plenty or people bumped their head, when getting off the cabin.

The paternoster really stands as one of the industrialization symbols that sprung up all over the world in the 1800`s. It truly is the relict of an era that thrived to make every day life easier and quicker.

Today, the paternoster in Germany is not only used to move patrons from floor to floor, but the quirky Germans have abused them for all kinds of mischief from speed dating to speed breakfast.

When a new law in 2015 was passed to rid Stuttgart of its paternoster and to close up the remaining elevators there, protests ensued. The reigning deputy mayor Wolfgang Woelfle fought the ban, he explained that seeing the paternoster stopped would take the heart out of the place. I guess it makes sense that we Germans love them, they cater to our impatience and need for efficiency. While some people are hesitant and very careful when getting on or off the cabin, there is also the die-hard fans, kids that come to ride them over and over, just because.

If you are curious and have some time or just want to check out the cool retro paternoster, then head on over to the not so boring elevator at the Stuttgart Rathaus. The Stuttgart Rathaus still has three operational paternosters, which might as well make it the paternoster capital of the world. The coolest one of the 3 has to be the one in the old part of the building. It still has its retro charm with the wooden panel walls. We did of course have to give them a try and even did the complete circle of death. Take a look at our video: https://youtu.be/hNGoeJEfwYk. Staying in past the top floor did really give you the creeps but thanks to a flashlight and the trusty gears of the wonder of German engineering we safely made it to the other side. They are open between 8am and 5pm on weekdays. Tourists, school classes and traveling groups are known to stop by and try out the paternoster that the Rathaus lovingly calls an Insider Tipp. The address is Marktplatz 1, 70173 Stuttgart. This would conclude my story about an elevator, which turned out to be much more than just a means of transport.