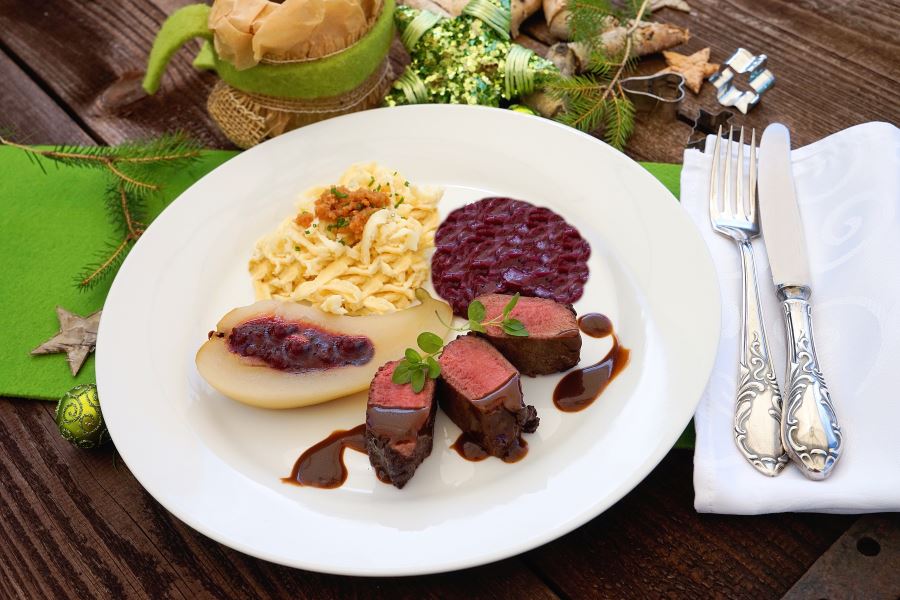 Medallion of venison “Baden-Baden” with spaetzle and red cabbage

For a stress-free cooking day for the Christmas menu, I recommend to prepare the red cabbage, the cinnamon parfait as well as the sauce for the medallion of venison one day before the actual preparation. It makes it much easier to work with the actual menu! 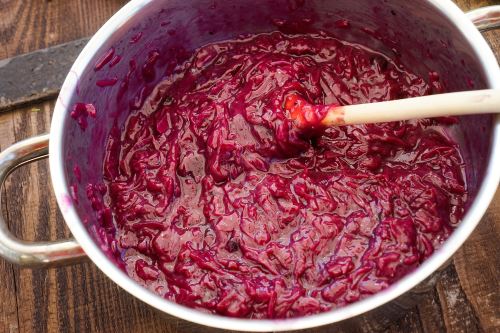 Put the red cabbage in a suitable container, add all the ingredients except the cornstarch, mix well and leave to stand for about 30 minutes.

Then boil the marinated red cabbage in a pan for about 45 minutes, continue boiling over a small flame with the lid closed. Then stir the cornstarch with a little cold water and thicken the red cabbage. Season with salt and freshly ground pepper, remove the cloves, bay leaves, juniper berries and the cinnamon sticks. Allow the finished red cabbage to cool and keep it in the refrigerator until the cooking day with the lid closed.

Sauce for the medallions of venison:

Peel and cut the celery, peel the carrots and cut into slices. Clean, wash and slice the leek.

After about 2 hours of cooking time, about 3/4 liter of ready-made sauce should remain. Then strain it through a fine hair strainer into a suitable pot. Season the sauce with salt and freshly ground pepper and add a light binding with a little cornstarch. Allow to cool and then cool down with the lid closed until the cooking day. 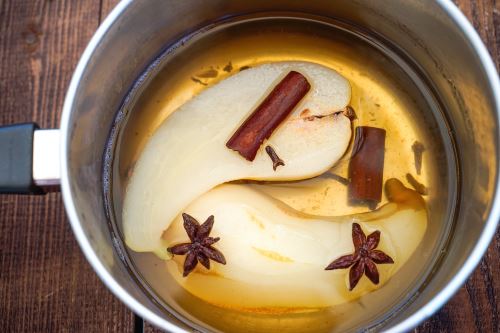 Whisk the eggs with the egg yolks, vanilla pulp, pinch of salt, cinnamon and the powdered sugar in a suitable container over a hot water bath at a maximum of 80°C until thick. Then take the mass from the hot steam and whisk until it is cold.

Ingredients for preparing the Christmas menu on the cooking day:

Apples, walnuts with smoked trout filet and chips from the Allgaeu mountain cheese:

For the “Baden-Baden” topping: 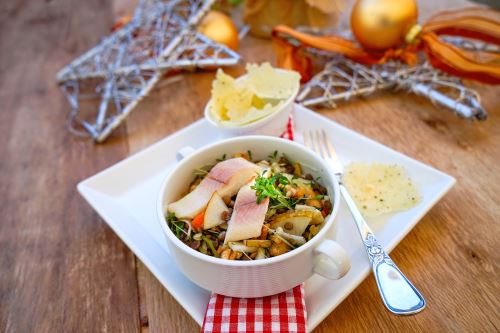 For the apple cakes with apple syrup and cinnamon parfait 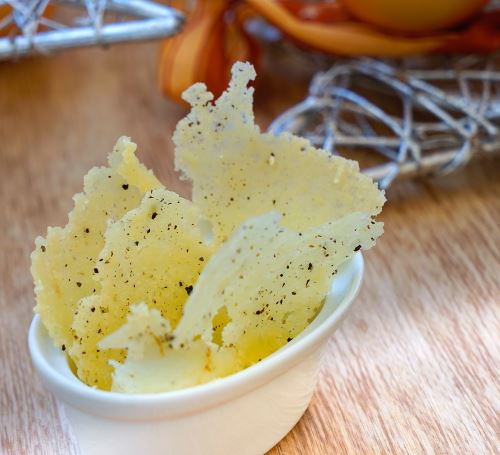 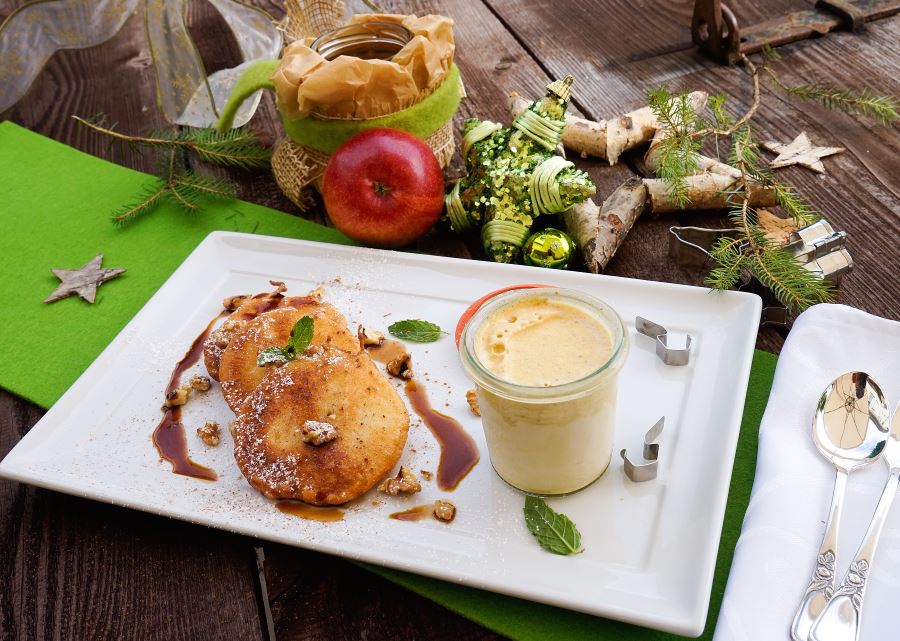