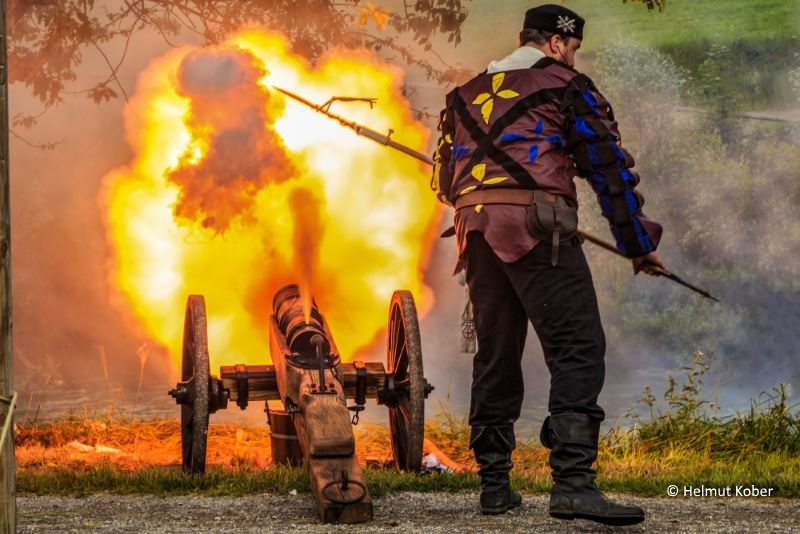 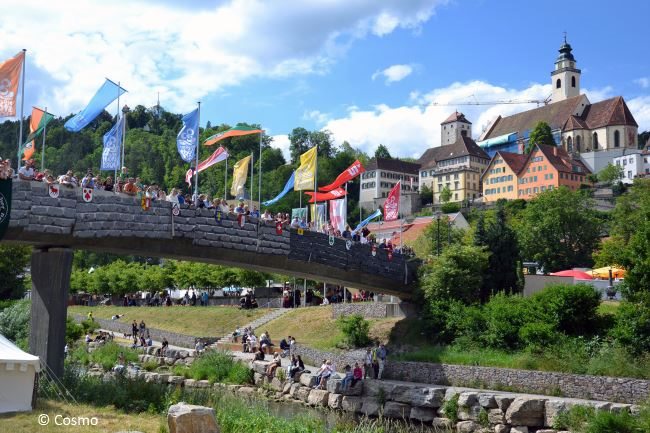 Horb, along the Neckar River, presents its 21st annual medieval spectacle on June 16-18

Horb, on the A81 35 miles south of Stuttgart, is proud to share their 21 year old tradition every year on the 3rd weekend in June. The city takes you on a trip back in time, and you can take their word for it, they mean serious business. During the Maximilian games the city and participating factions and guilds go absolutely crazy! The historic backdrop of the city with its half-timber houses, cobblestone streets and tight alleyways does its best to take you right back into the medieval times. This summer the spectacle is to be held on June 16-18.

The main attraction of the fair in Horb has to be the jousting tournament, where knights will battle against each other wielding lances, high up on their armored battle horses.  This year, for the first time, the matches will be held on the historic Horb marketplace – a picture perfect background for the occasion! The fair weekend will feature six tournaments held by brave, professional stuntmen on their mounts. There will be over 600 seats on wooden bleachers available for spectators to enjoy the show. The city center will be decked out with over 200 vendors and traders praising their wares and offering glimpses into old world productions and crafts. If you can manage to resist the charm of the traders, I can promise you, you won’t be able to resist the culinary delights that are prepared for the fest. Who wouldn’t want to try honey med, dragon’s blood or a witch’s potion?

One of the things that makes this market so authentic is the great effort that is being put into dressing the part. Most of the participants will be dressed in historic garments before hitting the streets. Meet knights in full plate armor, jesters in their colorful garb, hunters in leather armor and, of course, the many townsfolk and royal citizens in the beautiful dresses. Before you head home be sure to check out the camp of the Swabian lansquenets. It gives visitors the chance to take a glimpse into everyday life 500 years ago. Their camp will hold over 100 tents and over 250 participants and will show off attractions like sparing with weapons or cannon shooting.

The 21st medieval knights games and market offers a wide program including, but not limited to, medieval music, tavern acts, a parade, children’s games and much, much more.