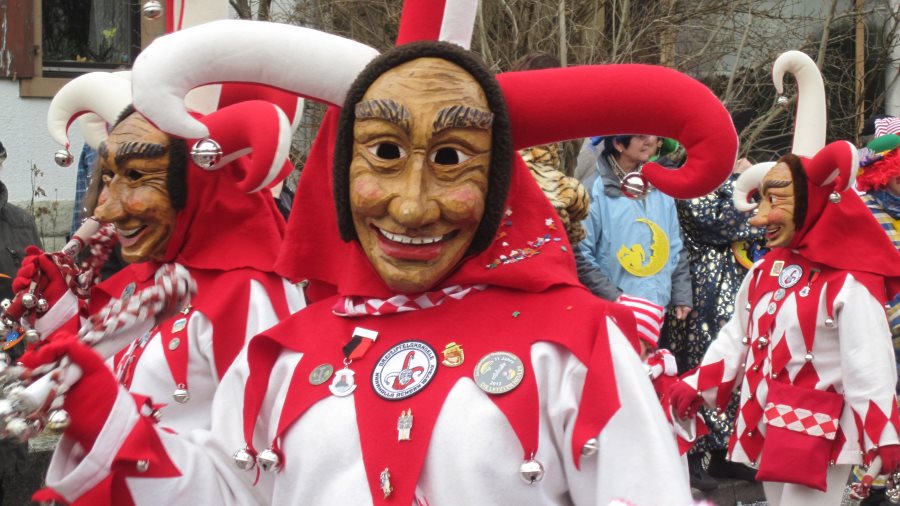 I'm sure you've all heard of Mardi Gras in New Orleans or Carnival in Venice, and well, Fasching is Germany's Mardi Gras or Carnival. It officially began on 11.11.11 – meaning, the 11th of November (the 11th Month) at 11:11 AM, 2016, and it will end at the stroke of midnight on Fat Tuesday (or Shrove Tuesday, the day before Ash Wednesday) aka February 28th 2017. It, like many other holidays, festivities, and traditions, is based in religion as a celebration before lent and it has its roots in Catholicism and Christianity. However, it is now celebrated in many regions of Germany and by all walks of life. It has become a tradition in Germany that no longer centers around religion. Anyone who attends a Fasching party or parade will tell you that it certainly doesn't feel like it's centered around the church. It's a colorful celebration of life, with costumes, parties, drinks, dancing, music, comedy, candy and more.

Most towns and major cities in Germany celebrate Fasching, with the same kind of enthusiasm that we reserve for Halloween in the United States—but the traditions and history behind Fasching vary from region to region. In some areas people dress up in scary costumes and they try to “scare off the winter,” and in other regions you are meant to dress silly, not scary, but no matter where you go, you're sure to find a wonderful celebration.  As you may have noticed, Fasching celebrations are a little slow to start, mostly since the focus in November and December is on Christmas, however, things really start to pick up at the end of January and the beginning of February, and soon you'll see various costumes for sale. Even if you don't plan on partaking in the festivities, now might be a good time to grab a fun Halloween costume for October. 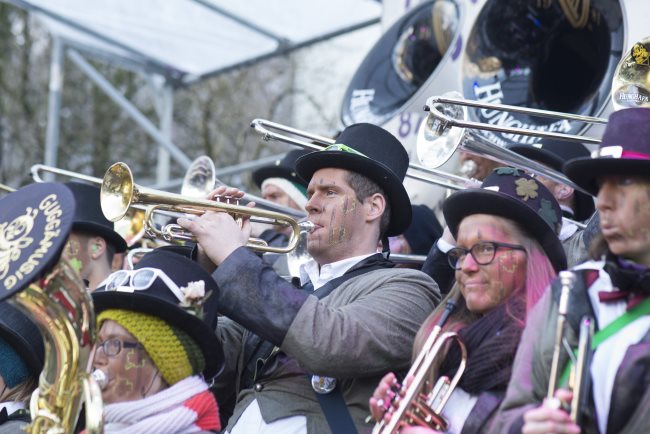 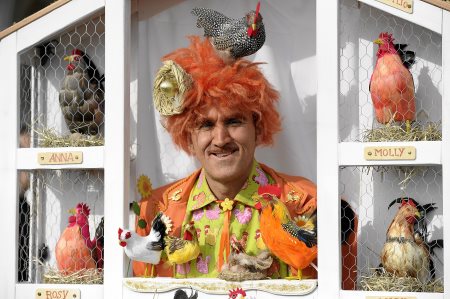 One of the first things you should know is that there are three different words for Fasching in Germany—Carnival (Or Karneval), Fasching (duh) and Fastnacht. The different slang is used in different regions of Germany (in Stuttgart for example, it’s called Fastnacht or Fasnet, and in Kaiserslautern you'll probably hear Karneval). There's also no way to generalize Fasching, because it's such a unique celebration depending on what town, city or region you're in. However, there are a few somewhat universal days and celebrations you should be made aware of. 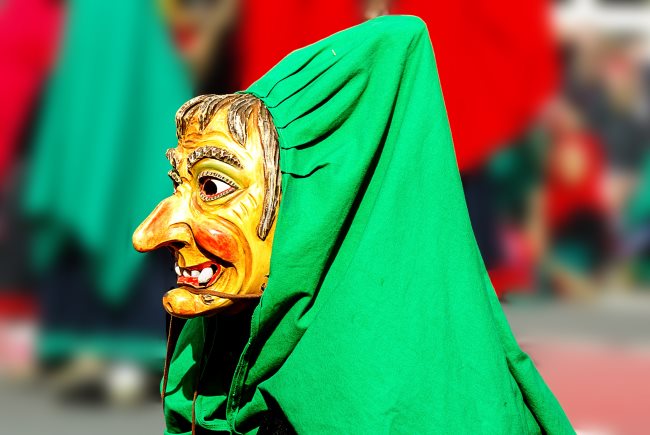 Let’s start off with Weiberfastnacht or Frauentag...aka Women's Day will be Thursday, the 23rd of February this year. First things first, gentlemen: don't wear your ties. I repeat, do not wear a tie to work this day, because if you do, any woman has the right to cut it off. Yeah, it's totally a thing, and you can't get mad about it. If you forget, and they mess up your tie, just smile and accept it. You've been warned. Women: do as you please, celebrate, cut them ties, kiss them boys (oh yeah, another thing to look out for men! Oftentimes a kiss is given as compensation for the ruined tie, mostly on the cheek, but that always depends on how cheeky that particular woman is feeling...). 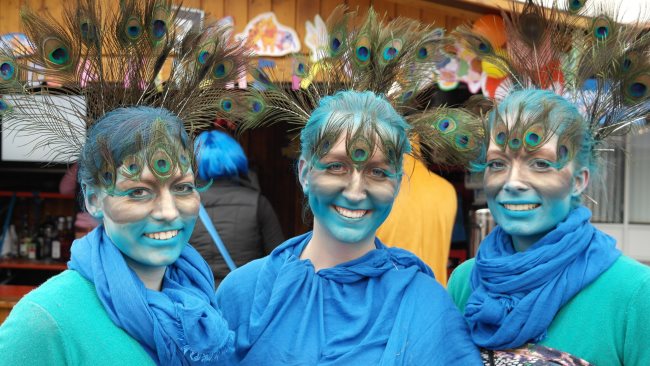 Then there's Rosenmontag or Rose Monday / Monday – February 27, 2017
You'll find one of the biggest parades in Europe on Rosenmontag; the most famous is televised and takes place in Cologne. Another fantastic and largely attended and anticipated parade takes place in Mainz. If you'd like a good view get their early, and feel free to dress up in a fancy costume, as there will be plenty of others dressed up as well. The parade floats vary a great deal. You'll see a lot of political satire; there will be music, candy, and yes, of course, alcohol. People tend to get a little wild during Fasching, as you may or may not have been able to guess. In some parts of Baden-Württemberg there are even “mean witches” who will come and grab you and “lock” you away in cages. Other, less sever examples of over the top behavior can include hugging, throwing confetti on you, and various forms of tomfoolery. My final bit of advice is that you'll hear various “callings” at these parades, also known as a Narrenruf also known as a Fool's Calling. It's quite typical for the crowd to cheer back and forth with the members of the parade. I've never been to the parade in Cologne, but I hear they yell “Kölle Alaaf!”  In Bavaria you'll hear Ahoi! In Berlin and parts of Heidelberg you might hear Hajo! (as in Hi-O!)  In the Allgäu it's Schelle schelle – schellau! and in Mainz and many other regions of Germany, including many of the smaller parades in Kaiserslautern and the surrounding area, you'll hear Hellau! Feel free to just yell what everyone else around you is yelling if you wish to participate!

Another important note: Last year a million people went to Cologne to celebrate Fasching and view the parade, so it's going to be very, very, very crowded. It's, of course, an amazing event, but there will be plenty of smaller parades in local villages or towns that you can also attend, and these might be better suited to families with very young children or to anyone who has issues with large crowds and loud noises.

Most of the cities and towns will also have a small “festival” area set up in town for you to enjoy food and drinks after the parade (and sometimes during and before as well). Just keep an eye out for local festivities, ask your neighbor, or do a quick google search to learn more! Last, but not least, if you're lucky you might find yourself able to attend a faschionable (see what I did there?) costume party or ball! There aren't any particular rules I can think of that you should follow, other than dressing up of course, and having fun! 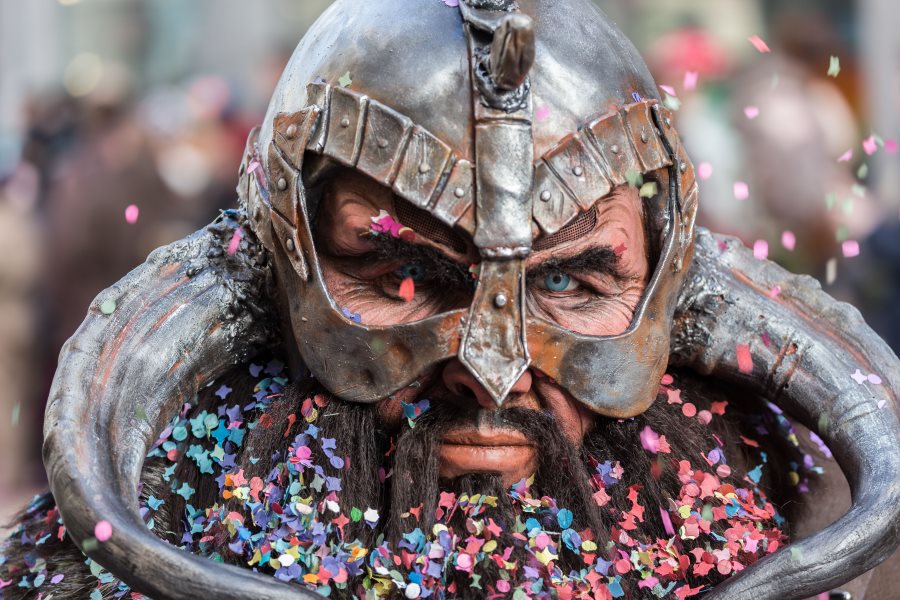 All carnival celebrations will be in full swing the week before Ash Wednesday, so have fun!

The last thing I want to say is: Please Ladies and Gentlemen DON'T FORGET TO BRING ALONG YOUR DESIGNATED DRIVER and watch out for drunk people. Party, but do it safely.

That's all for now folks! I'll be taking a short hiatus from working at Together Magazine, but I do hope to return after a while.