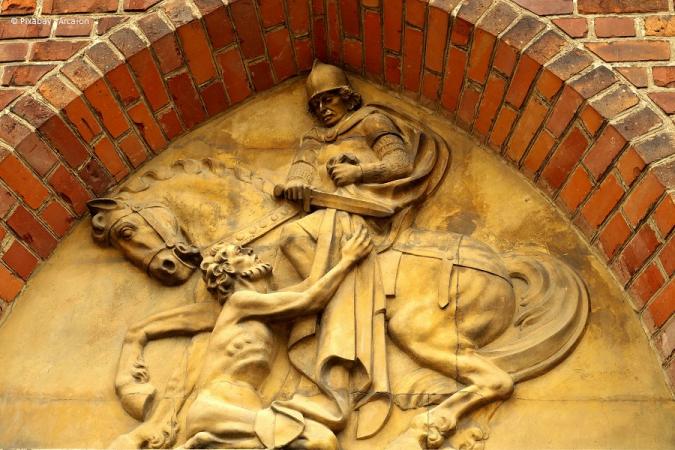 By the time November hits in Germany, the days tend to be dreary, rainy and chilly. It gets darker earlier and takes forever to get light in the morning.

Along with November come some fun traditions, especially if you have little ones. You may have noticed the lanterns for sale at the stores. Children celebrate St Martin’s Day in Kindergarten and school by hosting lantern parades. While the holiday is mentioned in our other article, I thought it was a great idea to go into detail here.

St Martin’s Day originated in France and then spread all throughout Middle and Eastern Europe. 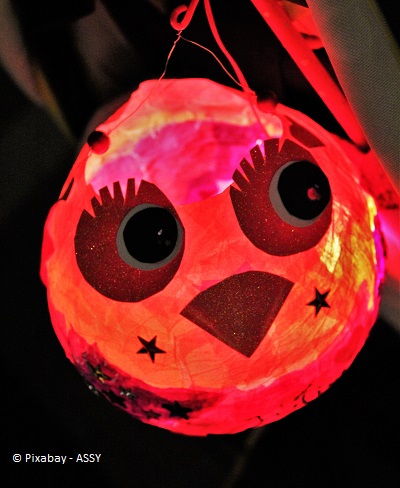 Originally, only a Catholic holiday, St Martin’s Day was named after Martin of Tours, a Roman soldier who later became third Bishop of Tours. He was known for sharing his winter coat with a poor beggar who was out in the cold freezing, so Martin took his sword and cut his coat in half, handing the other half to the cold man.

St Martin was also known for being a kind-hearted man caring for the poor and children.

Today, St Martin’s celebrations are held all over Germany by lighting bonfires and holding lantern processions, even in the Protestant areas of Germany.

If you have small kinds that are in German preschool or Kindergarten, expect to be spending the evening out in the cold. The children spend the previous weeks crafting colorful paper lanterns and practicing lantern songs.

Everyone will be meeting up once it’s dark and usually follow a man on a horse who dressed as St Martin.

Of course, no Lantern procession is complete without at least a couple lanterns going up 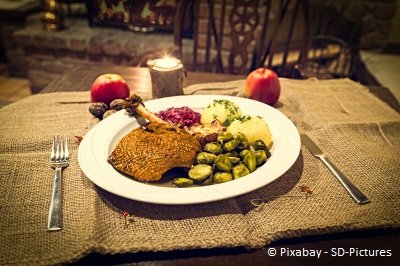 in flames and a parent fanatically trying to step out the fire and a hysterically crying child right next to them; so, if you want to be on the safe side, you may want to invest in a battery operated lantern pole.

At the end of the procession, everyone gathers at a big bonfire and eats pretzels or little Martin’s men made out of sweetbread.

Another big tradition on St Martin’s Day is about food, who would have guessed…

Goose is said to be served, because a flock of geese tattled on good ‘old Martin.

Apparently, St Martin was not too keen about being appointed Bishop, so when it was time for him to step up, he ran and hid in a stable with a bunch of geese.

Well, it was not one of his brightest moments, because those geese gave him up in no time.

Since St Martin’s Day falls right at the end of harvest and beginning of winter, it is said that the feast was the last one before the Catholic Advent Fast that would last until Christmas Eve.