What’s with hot wine at Christmas and Winter time? 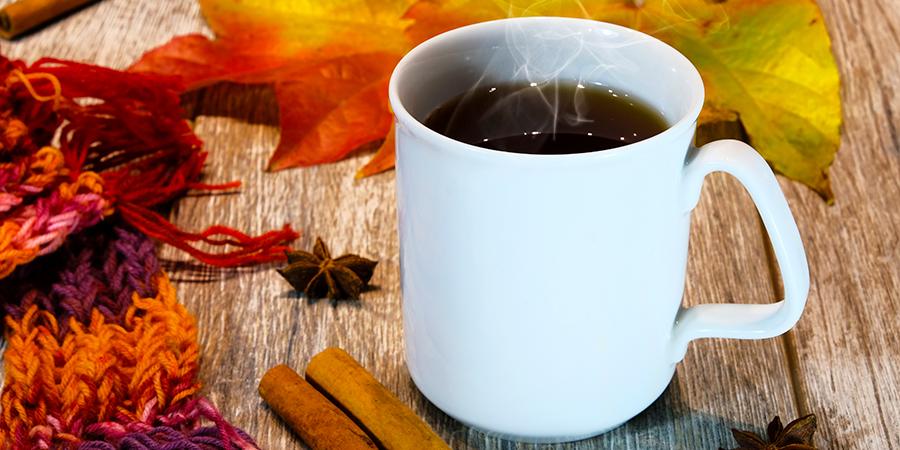 If you are new to Germany or not yet familiar with the Christmas market, you may be surprised to learn that the main beverage served at the market is a hot wine. It’s a great way to warm up from the cold weather and even though its just wine, it can be quite intoxicating.

Gluehwein, or mulled wine, is served in a novelty mug and enjoyed while hot. Usually the most crowded stands at any Christmas market are the mulled wine stands. Each town has their own unique mug design and the mugs are often taken home as a souvenir. If you don’t want to keep your mug, you can always return them and get your deposit back.  The mulled wine is often pimped with hard liquor like Amaretto or rum. The pimped mulled wine is called punch. Most wine booths do offer a nonalcoholic version for kids or designated drivers, so no worries, you don’t have to miss out on the hot goodness. 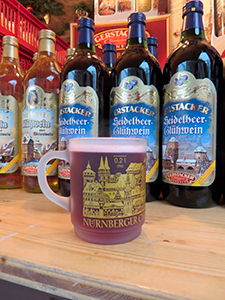 Spiced wines have been popular for centuries in central Europe. Even the ancient Greeks loved their spiced wine. From what we know today, the old Romans where the first to spice up their wines with expensive spices like cloves to preserve them and to cover up the often-sour taste of the wine. The first mention of a spiced wine is from an old Roman cook book from Apicius. It describes how they refined wines with cinnamon, cloves and bay leaves 2,000 years ago. Spices were extremely hard to come by and outrageously priced during Roman times, so the pleasure of drinking spiced wine was exclusive to the upper classes.

During the Middle Ages, spiced wines were popular, also. The people drank them cold and added honey to mask the sour taste. The honey not only sweetened the wine, but extended its shelf life (plus the honey and spices with its natural benefits and antiseptic properties turned the wine into a “cure all” medicine). The spiced wines from back then where probably pretty similar to today’s Gluehwein. A recipe from 1845 described the preparation of the spiced wine very much like it is prepared today.

“You start with half a bottle of good red wine. Bring it to a quick boil with 2-3 cloves and a dash of cinnamon. Cover and boil for 2 minutes. Strain and serve in glasses”

Premade bottled mulled wines have been available for sale since the 1950’s when a winery filled sweetened spiced wine into bottles and sold them. Since adding sugar to wine was illegal back then, the company got fined. The ticket today marks the sale of the first bottled Gluehwein in Germany. Stores today start carrying mulled wine around the beginning of October, since it is very popular during the winter months and, of course, the Christmas season.

But it is not hard to make your very own mulled wine, so why not give it a try?

To make the traditional Christmas market Gluehwein you will need:

1 bottle of good red wine, a late burgundy, for example

1 sliced orange with peel (best to use organic fruit)

if desired, a couple of cardamom capsules

To make the mulled wine, add all ingredients in a large pot and heat it over medium heat. Keep a close eye on the pot to make sure it does not boil, otherwise you will lose the alcohol content. Once it is hot, remove your mix from the heat and let it sit for an hour. Then strain the spiced wine to remove all remnants of the spices. Reheat before serving.