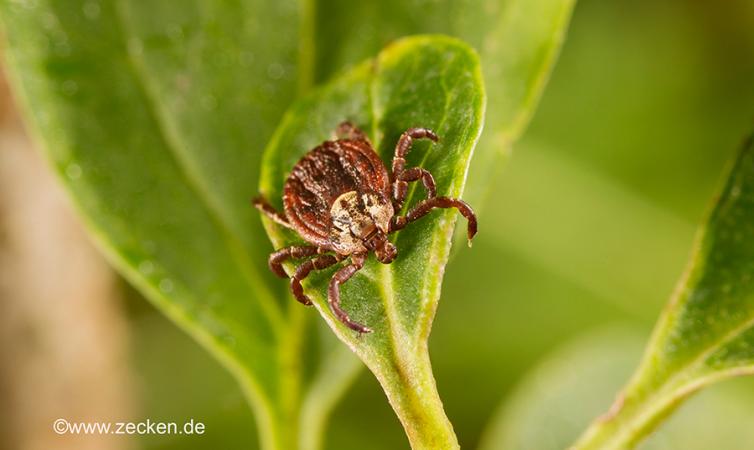 Ticks are widely spread all over Europe and especially Germany. Ticks themselves are not dangerous, yes, they bite… but the bite itself isn’t any worse then a mosquito bite. What makes the ticks so dangerous is that they carry diseases and pass them on to their host.

Ticks, once they have reached maturity, only need one big, blood meal. That meal is enough to last them over several years or until the female lays eggs. They will suck a huge amount of blood out of their hosts over a period of up to 15 days. Once the tick is finished it will have gained up to 200 times its original body weight and then releases from its host. Inside controlled laboratory conditions, ticks have been able to survive up to 10 years from just one meal; out in the wild, ticks usually live to be 4-5 years of age. 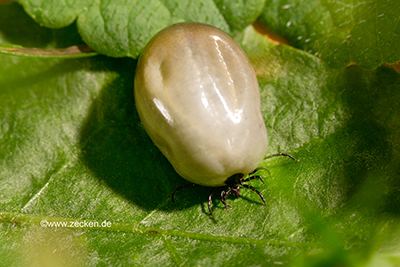 Ticks here in Germany can carry several viruses, Lyme disease being one, then FSME encephalitis and meningitis. Since ticks have very few natural enemies, prevention is the key. Ticks aren’t picky when it comes to picking a host.

Ticks become active as soon as temperatures reach 45 degrees Fahrenheit. They live in the woods, parks or gardens. They prefer damp weather, so they will be out in droves after a warm summer rain. While searching for a victim, ticks can climb up to 6 feet high, but usually they hang out in tall grass and bushes at knee height. Often ticks climb up to the tips of the grass blades, so they can grab on to a host. They smell their prey and sense the carbon dioxide we breathe out as well as sense our body heat. That ticks drop from trees onto their prey is a myth.

Once the tick has landed on a victim, it will start looking for a spot to bite and latch on to. They have no problem navigating under clothes or fur. They prefer areas that are damp and have a relatively thin layer of skin, on humans that is usually the torso and in the back of the knees, on kids they prefer the head, hairline and in the nape of the neck. Ticks are able to numb the area of the bite; that’s why tick bites don’t hurt. They also administer an anticoagulant to keep the blood flowing. After the tick starts sucking, it becomes bigger and heavier. It starts producing a glue to ensure that it stays attached to its host. As soon as the tick bites and during the attachment, the tick drinks and exchanges fluids with its host. As it digests the blood, viruses can be transferred to the host, so removing the tick as soon as possible is essential. 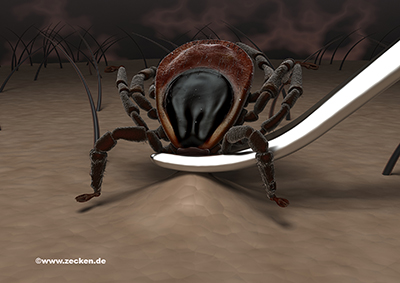 So, what are the best ways to prevent getting bitten?

1  When outdoors, stay on paths, keep out of tall grass and bushes

3  Search for ticks on clothes and body after being outdoors

4  Use tick repellants (not bug repellant)

6  Get your pets on tick treatments (frontline, bravecto, scallibor collar)

Every year, as soon as the tick warnings are issued, natural treatments are also recommended, but there is really no proof that they repel or prevent tick bites. With the seriousness of the diseases ticks carry, being on the safe side with store bought medication is the way to go. As a reminder, most topical treatments for pets are not repellants, they are toxins that kill the tick after it bites and latches on. So, don’t be surprised if your pet still brings ticks home. Also, be sure to read the instructions, watch out for the weight limits and make sure the treatment is safe for cats if you also have cats in the same household. Double dosing or using dog treatments on cats can cause serious injury.

A tick removal tool should be part of every emergency kit in a home, but tweezers work just as well. There are many simple tools out there where you just slide it under the tick and then pull straight out. Once the tick is removed, you can either discard it or you hold on to for testing, if you are worried. The best way to dispose of a tick is either burning it or putting it in alcohol. If you want to squash it, do so inside a tissue. An egg carrying female could explode them all over your home. Flushing a tick down the toilet isn’t a good idea either; ticks can survive underwater for up to 3 weeks!

Finally, I want to clear up some of the common myths about ticks:

Ticks do not need to be twisted counter clockwise, or clockwise. Pull them straight up.

Do not put anything on a tick while it’s still attached to your body, no nail polish, no peppermint oil. Don’t burn it while it’s attached. All you do it stress the tick and cause it to regurgitate its last meal back into your body along with whatever viruses it may carry.

Don’t freak out if the head did not come out with the tick. Normally your body and immune system does a good job getting it out on its own. You can put some Neosporin on it.

Have a safe summer!!